At the end of October, students from the University of Oulu competed in the Tapojärvi Innovation Challenge finals for the best idea of utilizing industrial side streams in new business. Tapojärvi Innovation Challenge, which was held for the second time this year, is a competition for the students of the University of Oulu held annually by Tapojärvi Oy. The aim of the competition is to help Tapojärvi Oy to find new ways to productize industrial side streams and hire new talents. 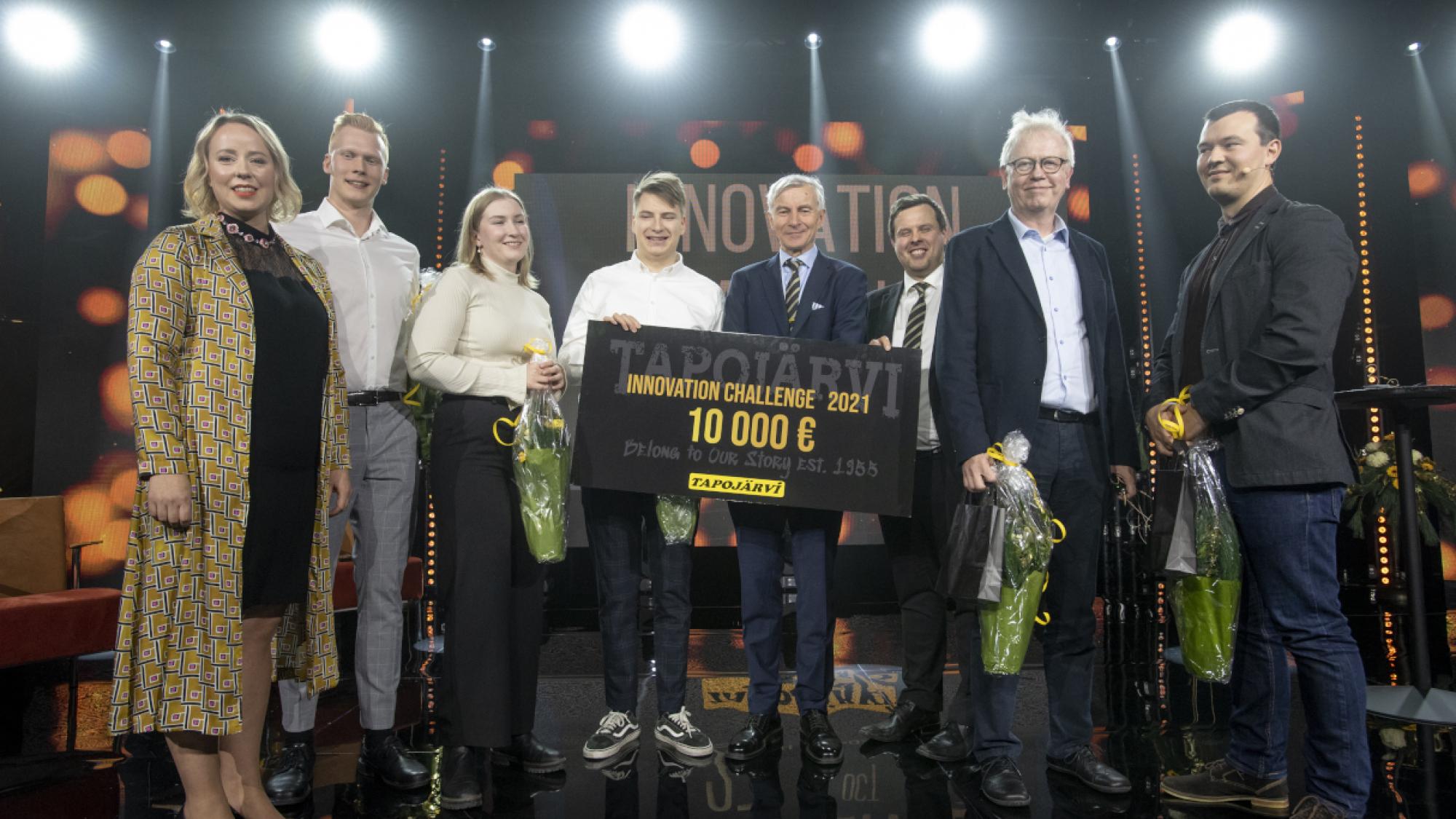 – The competition sits well with Tapojärvi’s strategy since we wan to be forerunners. The competition creates job opportunities for young people during their studies. At the same time, we can promote circular economy expertise and maybe find new ways to save natural resources, says the CEO of Tapojärvi Mari Pilventö.

The theme for the competition this year was to come up with commercially exploitable applications for steel slags, mine tailings and the by-products of forest industry. During the fall, 23 multi-disciplinary groups of students have been working on their ideas and four of those ideas were selected to compete in the finals. The ideas were judged by an international panel: HSE Manager Fernando Camponi from Acciai Speciali Terni, Process Development Manager Jarmo Lilja from SSAB, University Lecturer Erno Mustonen from the University of Oulu and Chief Commercial Officer Henri Pilventö from Tapojärvi Oy. In addition, the audience of the finals had a chance to vote for the winning idea.

The winning idea came from the team of Jaakko Kaksonen, Mirja Tuuri, Juho Röytiö and Henna Pernu, who won the main prize of 10 000 euros with their idea of using green liquor dregs (GLD) in neutralizing mine tailings.
– We probably won just by a few votes, so we got lucky. It was well worth it to put in the effort and participate in the competition. Playing the lottery never made me this much money, Mirja Tuuri laughs.

The winning innovation combines two different industries: the mining industry could utilize side streams from the wood and paper industry to neutralize mine tailings. At the same time less natural resources and chemical products would be used.
– I think the strength of our innovation is that using GLD for the neutralization of tailings would be quite a simple process, which wouldn’t require a lot of further processing, Juho Röytiö ponders.

Lecturer Erno Mustonen had a double role during the challenge: he guided and supported the students while they were working on their ideas and was one of the judges during the finals. He is happy with the way the competition was organized and thinks that professional competition with money prizes has a positive effect on the students.
– The students can see that their know-how is needed. Cooperation with companies during studies is a possibility for students to see what the problems are like in the real working environment, he says.