University Board of Directors approved the City Campus project plan

At its meeting on 16 December 2021, the Board of Directors of the University of Oulu approved the project plan for the City Campus to be built in Raksila. The decision was made with votes 7-5. At the meeting, a motion was made to leave the matter on the table for further clarification, but the approval of the project plan won the vote. Based on the decision, the university may enter into a cooperation agreement with the City of Oulu and other plot users, apply for a change of plan, and launch an architectural competition. 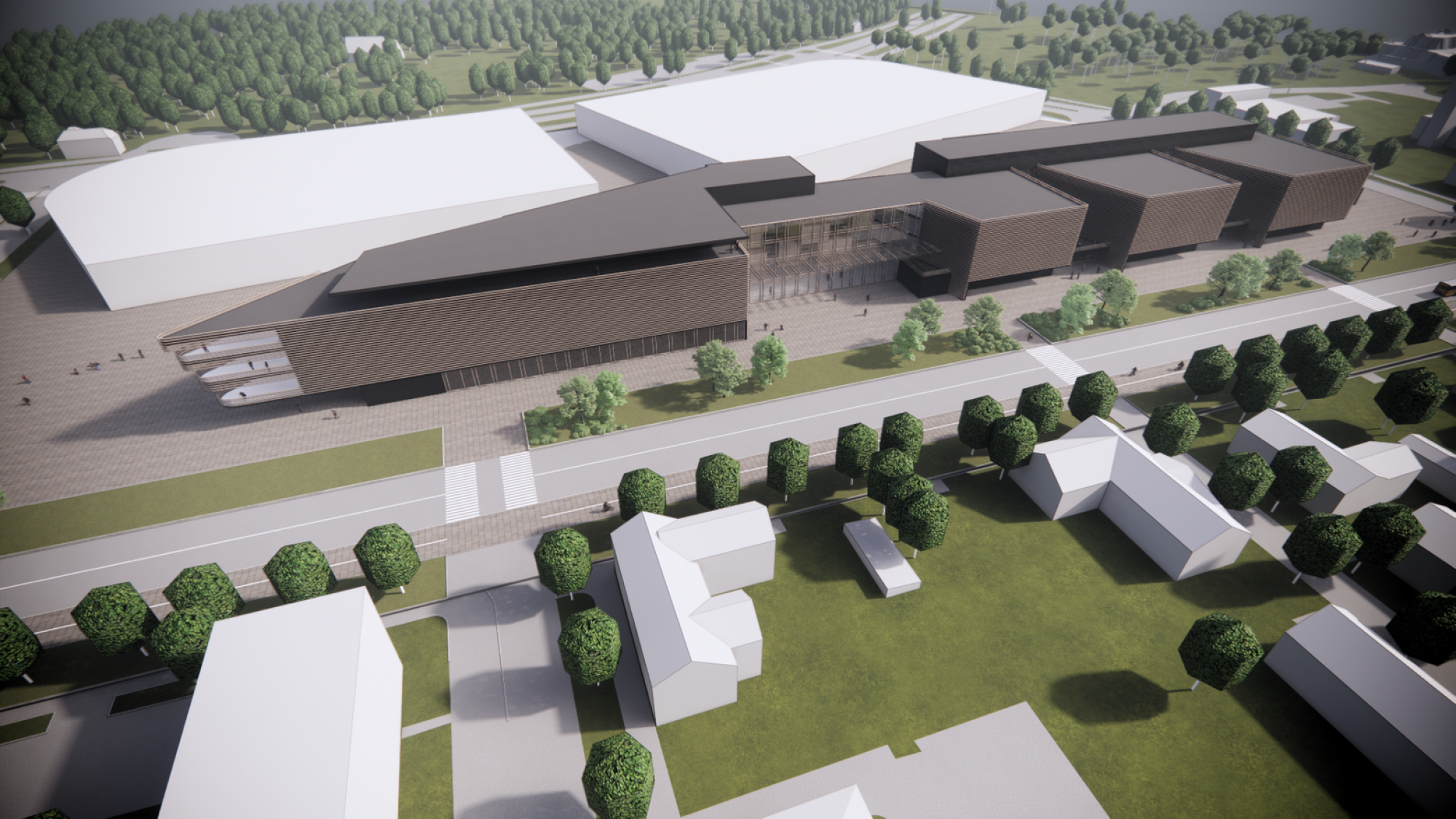 The new City Campus would be located next to the stations in Raksila, about two kilometres from the Kontinkangas Campus and a few hundred metres from the Välkkylä student village. The campus planning aims to create an education and research environment that responds to the changes brought about by modern learning methods, pedagogy, digitalisation and increasing teleworking and enables communal learning and working.

The targeted cost estimate for the new construction project is EUR 115–130 million (VAT 0%). Compared to the current operating model, a City Campus owned by the university would enable the University of Oulu to save a forecasted EUR 33–118 million over 20 years. The rent level of the City Campus will be lower than that of Linnanmaa premises renovated and improved to an equivalent quality standard. In addition to cost savings, the City Campus would increase the university assets.

“Project planning and studies show that building the City Campus is the best solution for the university’s future from the point of view of strategic goals as well as economically. A university that operates and is visible in the city centre, has good traffic connections and has a campus equipped for future learning and working methods is a great development opportunity for the region as a whole,” says Sakari Kallo, Chairperson of the University Board of Directors.

“We have, of course, also heard views against the project and reviewed the arguments put forward. The analysis has been carried out carefully and supported by many competent experts to ensure that the decision-making process is based on the most accurate information possible,” Sakari Kallo adds.

The project plan describes the operational, technical and financial goals set for the building. At this stage, the plan details and conceptual images do not fully correspond to the final building. More detailed planning of the building and decisions on financing and construction would take place in 2022–2025. The City Campus will be ready for use in 2028 at the earliest. The building will be submitted for environmental certification. The aim is to achieve 4–5 stars according to the RTS classification.

“The planning time is long – students who will take their matriculation examination on the year the City Campus is completed are currently in sixth grade. We have set ambitious low-carbon and environmental goals for the building so it could serve as an example of sustainable construction and lifestyle in the North. We hope to achieve a successful joint planning process and, subsequently, a result that will serve the university and the region well and for a long time,” says Jouko Niinimäki, the rector of the university.

The planning begins with an architectural competition, the preparation of which and the further planning of the learning and working rooms will draw on the expertise of the university community.

The City Campus project’s planning reservation for the Raksila plot granted by the City Board of Oulu will be valid until 31 December 2021.

City Campus – a place for learning and meeting people

The University of Oulu has been preparing the project plan commissioned from WSP Finland Ltd under the guidance of the project management team. The project planning group has been composed of representatives of the faculties, students and the university library, in addition to a group of designers and experts. Planning has been carried out with the broad involvement of the university community through seminars and workshops, online brainstorming and surveys open to the whole university community, and interviews with the units. Views on future needs for premises have also been sought from faculties and research units through written surveys. Project planning has been discussed regularly among, for example, the deans of the university, the Cooperation Council and the faculties’ internal planning groups.

The City Campus is forming up to be the most important meeting place for the students and an event centre bringing together the academic community, stakeholders and citizens, with teaching and study facilities available to all students and degree programmes, and event and meeting facilities serving the entire university community. Designing will focus on the versatility and flexibility of the facilities.

Facilities are also reserved for student organisation meeting places, known as guild rooms. The university library on the campus serves not only the academic community but also the city residents.

The daily number of students studying on the new City Campus is estimated at around 5,000. The planned number of staff in person-years is approximately 1,100. The planning takes into account the estimate that a more significant part of university teaching will be hybrid or distance education by the end of the decade. This will be supported by versatile interaction technology coming to campus. The dimensioning of the working rooms considers that more than half of the university’s employees expect to work remotely 1–3 days a week in the future.

In the 2030s, multilocational studying and work will be a natural part of the everyday life of the people at the university. The tuition and research activities benefiting most from specific locations will be placed correspondingly.

The university units to move to the City Campus include the entire Faculty of Humanities, the Oulu Business School and the Faculty of Information Technology and Electrical Engineering. Besides whole units, the campus will also house research units and activities from other faculties and the necessary number of local research and education services. The campus will also include working and meeting facilities for units other than those located there. Facilities are also reserved in Linnanmaa for the flexible needs of the future City Campus activities. The locations will be determined in more detail during further planning. For example, if the Radio Park planned by the City of Oulu becomes a reality, it may affect the Faculty of Information Technology and Electrical Engineering’s room programme.

The project planning includes a theoretical room programme prepared for the City Campus. The corresponding programme area is 23,700 m2, including approximately 11,000 m2 of teaching and learning and 7,700 m2 of staff working rooms. The programme area does not include corridors, stairwells, technical rooms or structures.

In addition to the rooms described in the programme, there will be technical and traffic space, a 300-car parking garage and indoor bicycle parking for 1,000 bicycles. Based on the theoretical room programme and reference plan, the project’s scope is estimated to be 43,000 m2 (net floor area) and 45,000 m2 (gross area). The gross floor area is estimated at 34,000 m2 and the rented net floor area at 32,000 m2.

A project study is underway on Linnanmaa’s room arrangements, which will consider the location of the activities remaining in Linnanmaa. The development of the Kontinkangas Campus will also continue next year.