Opportunity to reflect on new ways of approaching education

After studying for a year in a Finnish high school, Anaïs Georges was convinced that there would not be a better place for her to pursue a master's in Education and Globalisation than Finland.

When Anaïs was in high school, she lived in Salo in the South of Finland for a year and attended the local high school there. "It was fascinating for me to discover how different the Finnish school system was from the one in my home country, and I could observe how it is focused on giving each child the possibility to develop their potential and the positive impact it has in Finnish society," Anaïs mentions.

Upon graduation from high school, Anaïs became interested in education and international relations and completed a bachelor's in Literature and Political Sciences. During the three years of her studies, Anaïs had the chance to explore education systems in other countries.

At the end of her bachelor's, Anaïs decided to learn more about arts by attending the University of Liège in Belgium to study cinema and performing arts. However, the studies were extremely focused on the theoretical aspects of skills, and she lacked the opportunity to understand better the political implications of arts, what kind of impact they can have on society and how they can be used to improve education.

When Anaïs discovered the Education and Globalisation master's programme, she was convinced that there would not be a better place for her to pursue a master's degree than Finland. "I was also eager to discover Finnish higher education and experience life in the Northern part of the country," Anaïs adds.

"I chose the Education and Globalisation programme because it corresponded perfectly to my desire to acquire knowledge about education within the context of globalisation and to be able to reflect on new ways of approaching education."

Anaïs particularly likes spending time at the Linnanmaa campus because it has many different spaces to study alone or in a group, relax between classes and meet with other students.

Anaïs mentions that her programme has the specificity of being open to students from vastly different academic and geographic backgrounds, allowing her to learn a lot from her peers.

"I like that the courses give so much space to critical reflection, dialogue and collaborative work and learning."

As part of our Nordic Education course, Anaïs had the opportunity to learn about Nordic education systems through lecturers from Finnish, Norwegian, Swedish, Icelandic, and Sámi universities. This course also allowed her to extend her knowledge of the Finnish education system by visiting several schools in Oulu and meeting teachers and students, seeing how the buildings are designed, and observing how classes are taught.

Anaïs has enjoyed her journey as a student in Oulu a lot so far. "It was easy to make friends as we are a small group in my master's, and we have had the opportunity to get to know each other on campus during orientation week in September. I also appreciate that the University of Oulu offers many opportunities to engage in extracurricular activities that allow me to meet students from other study fields, make new experiences and acquire skills that will be helpful in my future career," Anaïs comments.

Impressed by the omnipresence of nature

Anaïs grew up in Luçon, a small town of 10000 inhabitants in the West of France, close to the Atlantic Ocean. "One of the nicest aspects of having been raised in such a small town is that I have been able to live with my family in a house with a nice garden. Since I left my hometown to study in bigger cities, I have always enjoyed coming back to my parents' house and appreciate the greenery and quietness of the countryside," Anaïs adds.

However, growing up in a place where everybody knows each other and where Anaïs mostly had the same classmates from primary until high school triggered her desire to discover other places and meet different people. "That is why I have studied abroad for more than three years in four different countries. After experiencing life in several different places, Finland is the country where I feel like I belong the most in terms of culture and lifestyle, and I now consider it as a second home," Anaïs comments.

Anaïs already lived in Finland, so she knew about Finland before coming to Oulu. "I think one of the main impressions I had when I first came here was that trust, peacefulness and consensus were very present in Finnish culture", Anaïs compliments.

"I was also impressed by the omnipresence of nature even in bigger cities and its importance in Finnish people's lives."

Living in Oulu has confirmed the impression Anaïs had during the first year she had spent in Finland. Anaïs had preconceived ideas about Finland that turned out to be wrong, for example, about Finnish winter. "I remember that during my year in the South of Finland, I was disappointed that there was no snow for Christmas, as I expected snow and freezing weather during the whole winter, even in the South of the country. I was therefore thrilled to experience the long, cold, and snowy winter in Oulu," Anaïs states.

Anaïs further mentions that it is adorable to have nature and lakes close to the campus and where she lives and that she can go for walks after a day of studying. Anaïs was scared about the dark and frosty winter, but she enjoyed it a lot.

"The winter landscapes are unrealistically beautiful and make it much easier to cope with the darkness."

The darkness made Anaïs appreciate and enjoy much more the few hours of light and rare sunny days. "I also had the wonderful experience of seeing Nothern lights and shooting stars while standing on a frozen lake," Anaïs compliments.

During the summer, Anaïs did an internship at an educational institution in her home country, where she created integration programmes for new agents and students. "I am eager to keep making the most out of the multiple opportunities that studying at the University of Oulu gives me to learn by living new experiences and meeting new people."

Language, education, society: a course that broadened my perspective on education

Did you get interested in studying Education and Globalisation? 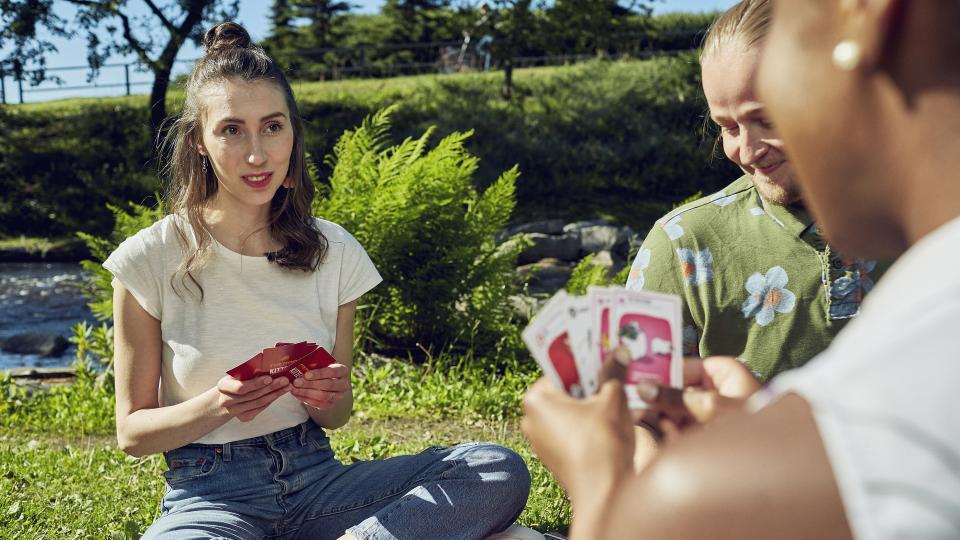 Master's in Education and Globalisation