Mio-Pliocene (9 to 4 million years) fossil records of Central Anatolian mammals including our early ancestors show strong ecological and biogeographical affinities with the East African faunas and hominins. This project focuses to examine the evolutionary and ecological connections between Central Anatolia and East Africa faunas to investigate the origin and dispersal of our early ancestors. 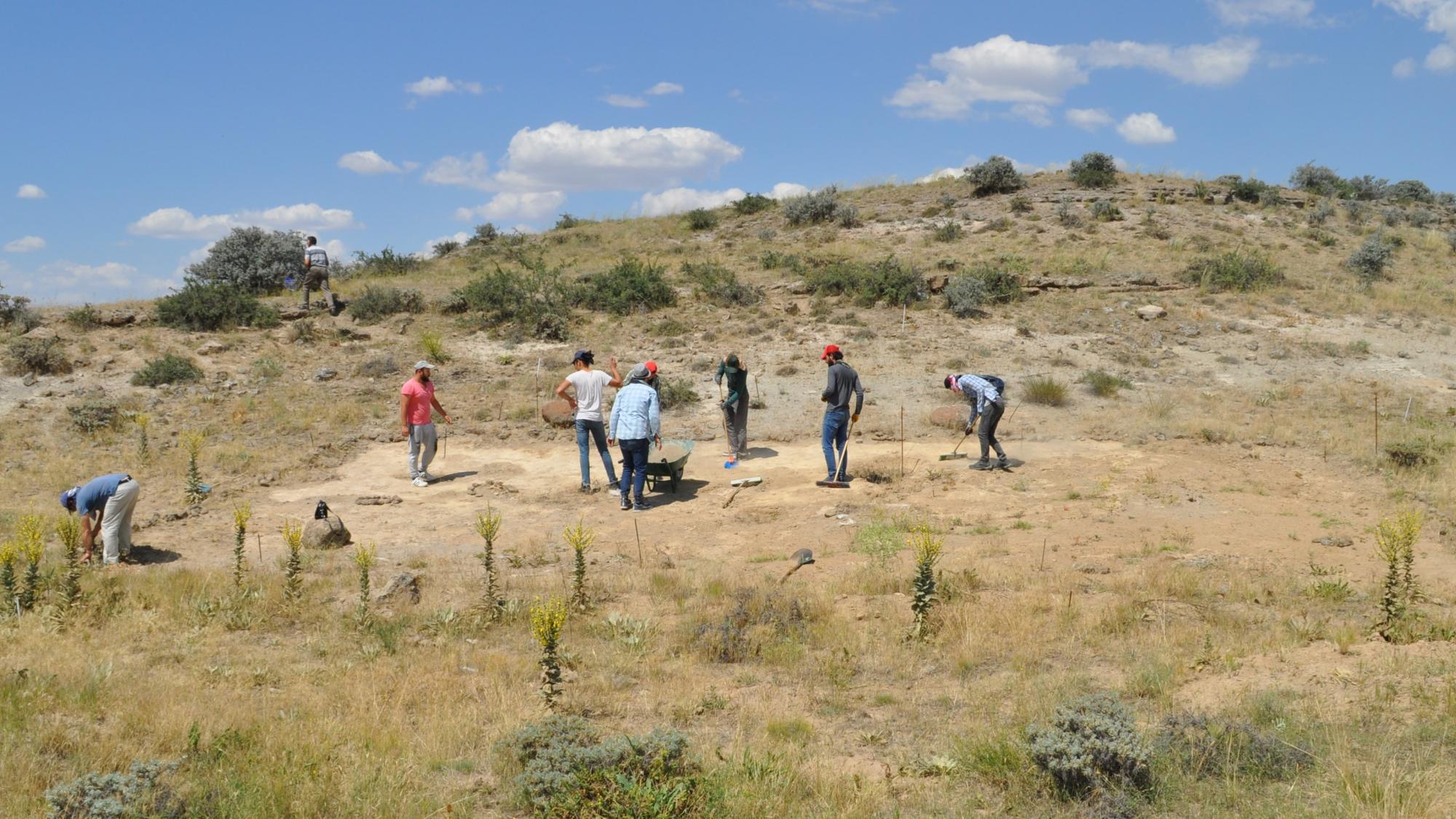 A view from the excavation site in Sofular (Central Anatolia, Turkey)

Cappadocia Paleontological Research project  tackles with the major research questions related to the disappearance of the Pikermian fauna (including hominin species) at the end of the Miocene and its biogeographical connections with the Plio-Pleistocene East African savannah faunas. Understanding evolution and dispersal of early hominins within an ecological context in Eastern Mediterranean and East Africa has a pivotal place in this research initiative. Three late Miocene paleontological excavations at the Yeniyalacik, Sofular and Tashan sites in Central Anatolia, Turkey provide the study material of this project. These unpublished new sites are very rich in fauna ( including the species of  rhinos, elephants, bovids, suids, giraffes, carnivores, primates and small mammals) and yields promising information related to geological and ecological changes occurred between ~10 to 4 million years ago in Eastern Mediterranean. This research financially supported by the Ministry of Culture and Tourism of the Republic of Turkey,  University of California-Berkeley, and  Kayseri Metropolitan Municipality.

Deep History of Human Past