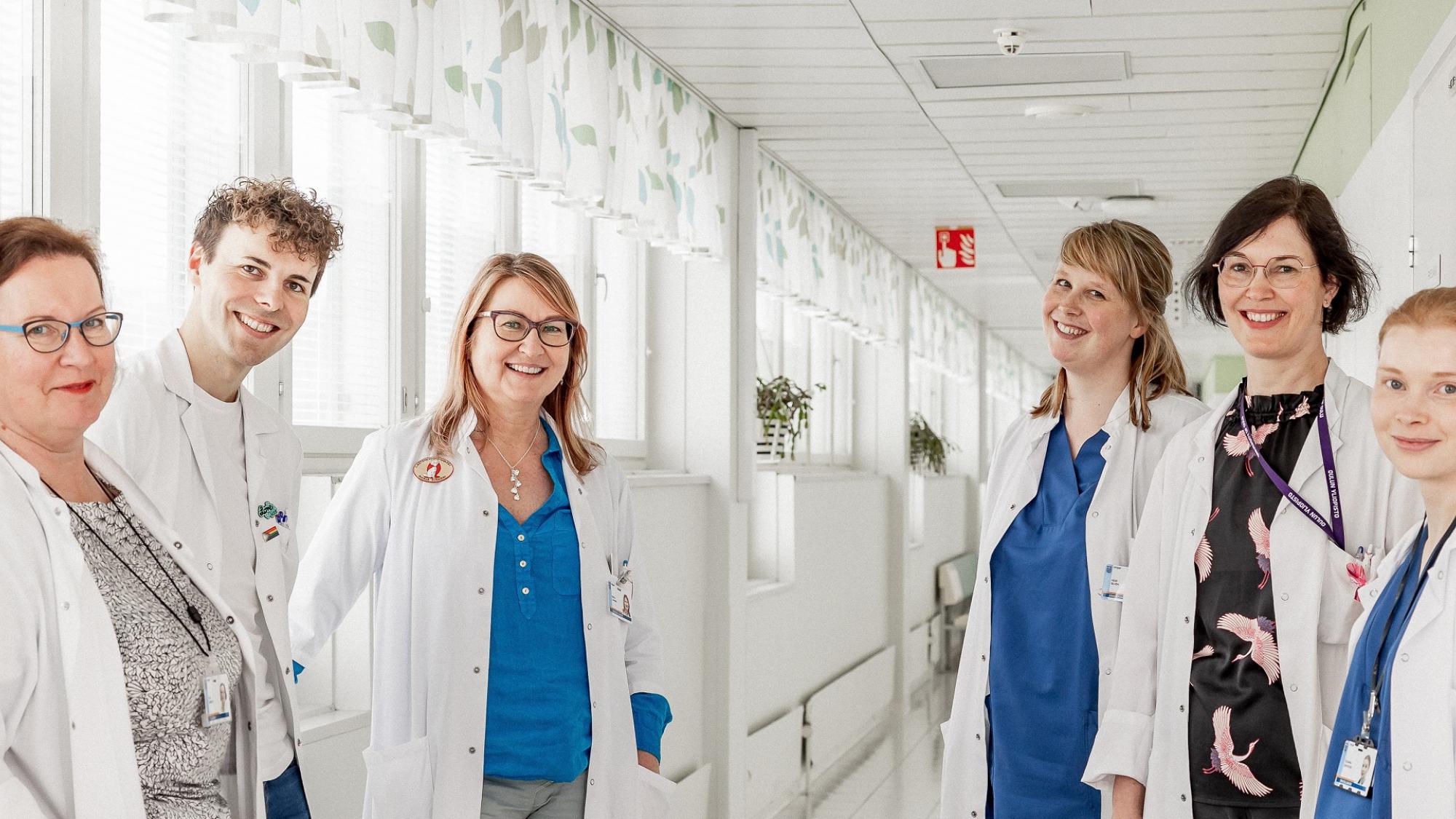 The average age of menopause in Western countries is 51 years. However, the decline in ovarian function begins about 10 years earlier, eventually leading to the cessation of oestrogen secretion and menstruation. The age of menopause significantly increases a woman's risk of cardiovascular disease and impairs glucose metabolism. In addition to oestrogen, vitamin D, a hormone that regulates bone metabolism, has also been linked to cardiovascular risk. In men, testosterone secretion gradually declines with age. Testosterone deficiency, hypogonadism, occurs when testosterone levels fall below 12 nmol/l. It may be caused by testicular insufficiency or by disturbed hypothalamic-pituitary axis. In men, low testosterone levels have been found to be associated with an increased risk of cardiovascular disease and diabetes. There may also be an increased risk of osteoporosis.

Premature ovarian insufficiency (POI) refers to the cessation of menstruation before the age of 40 and early menopause (EM) refers to the cessation of menstruation before the age of 45. Diagnosis is based on the absence of menstruation, low oestrogen levels and high FSH hormone levels. Symptoms may include menopausal symptoms such as hot flashes, sweating, vaginal dryness and sleep disturbances. The incidence of POI is estimated to be around 1% and that of EM around 10%. The aetiology of POI and EM are complex; for example, the cause may be genetic, autoimmune or iatrogenic (e.g. radiotherapy, chemotherapy or oophorectomy). The effects of environmental factors are not well understood, but at least smoking is known to precipitate menopause. Often the aetiology remains unclear. Studies suggest that menopausal side effects occur earlier in POI women. Currently, there are no studies on the effects of hormone replacement therapy on long-term morbidity.  POI also affects fertility and the number of children.

Vitamin D is formed in the skin by ultraviolet radiation from the sun. In northern latitudes, the amount of sunlight is low, so without vitamin D supplementation the population is at increased risk of vitamin D deficiency. Vitamin D receptors have been found in the uterus and ovaries. It is a steroid hormone with a controversial role in the regulation of reproduction. In some small studies, vitamin D deficiency has been found to increase the risk of miscarriage. These studies have been conducted mainly in small and selected samples.

Where are we headed

How to find us