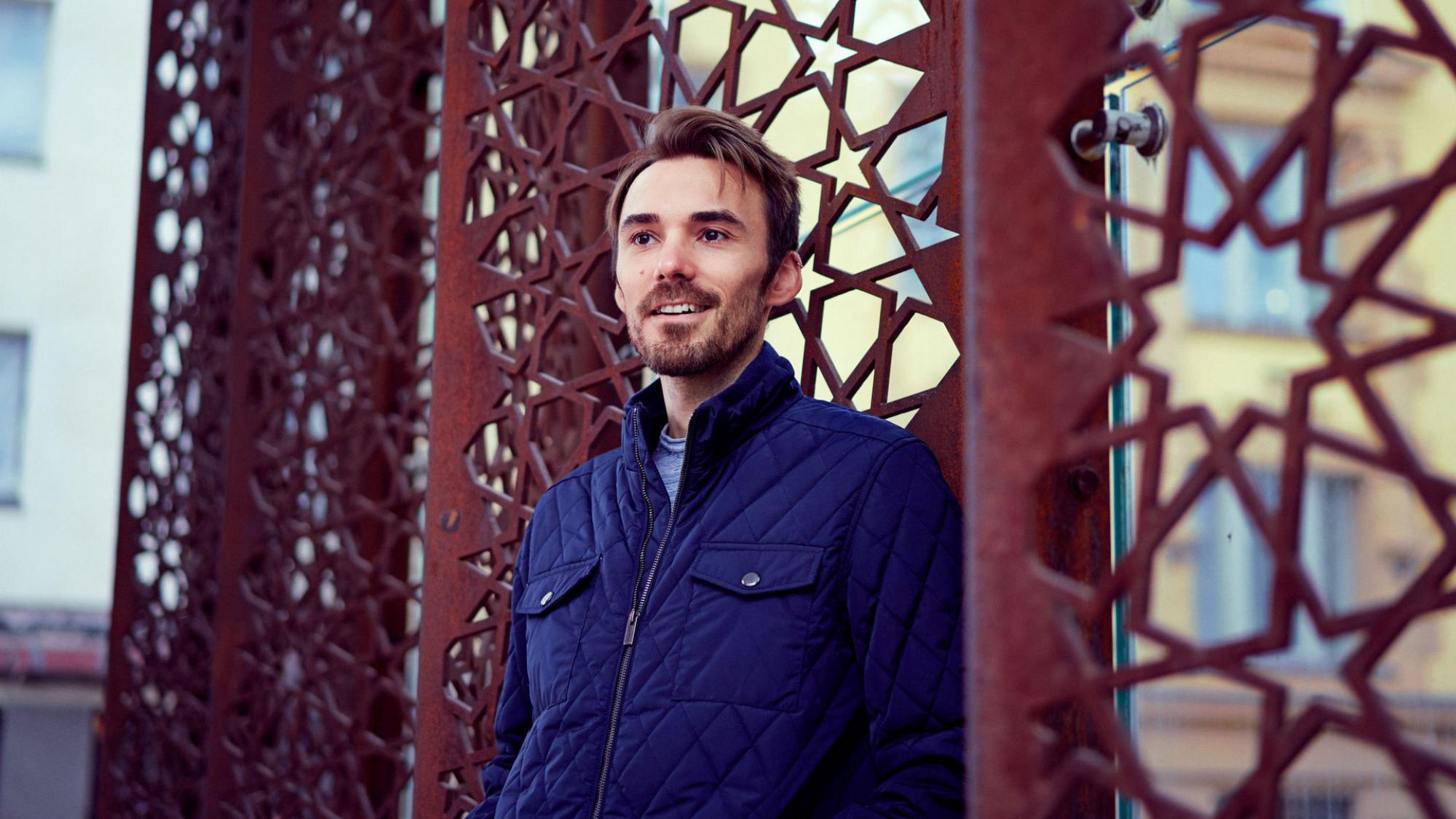 A Boston native, Dennis Kelley says he has been lucky in terms of work and other interests. ”I have been able to include a lot of things that interest me in every job I've had,” Kelley says. And now, working as a Digital Marketing Specialist for the software company ONEiO, he is again able to combine skills he has learnt through his hobbies with his professional skills.

The route to his new job went through the University of Oulu, where he enrolled in Marketing. By that time, Kelley already had nine years of work experience under his belt. He had a bachelor's degree in advertising, but then he got involved with other things as he started working with a company that dealt in the sale of pharmaceutical, lab and manufacturing equipment. The job required him to travel quite extensively, and it eventually brought him to Oulu, too.

”In 2015 my work brought me to Oulu for quite a stretch of time, as I stayed for roughly three months. I really fell in love with Oulu and met a lot of great people. At that time, I wanted to get back to a marketing-centric career. I knew that Finland had top-tier education and I found out that Oulu had a very strong programme,” Kelley recalls.

Within a year, Kelley had made enough preparations to make his move. He applied and was accepted into Oulu Business School. Having already had his three-month experience in Oulu, he settled in easily.

Kelley felt that the learning experience was very unique and the programme showed a lot of forward-thinking.

The independence he had in his studies also came into play when he was choosing a topic for his thesis.

”Back home, I had got very interested in craft beer, which is huge in Boston. I actually had a part-time job with one of the major global breweries there. In Oulu, I was able to interview a local entrepreneur, who runs a craft beer bar, and got to see first-hand what the beer boom was like in Finland,” Kelley says.

Kelley says that in the U.S. the craft beer boom and the micro-brewery explosion was already kind of on its way out, which made it interesting for him to study how it was still developing in Finland and internationally. He noted that regulations were much different in Finland and increased prices for brewing ingredients and machinery caused for Finnish brewers to get creative with what they have.

"Artwork and label design have a huge impact on buying decisions, and that's true everywhere. In Finland, it's unique though. There is a lot of humour in the labels and the local breweries tend to use funny names. Finnish people have a very interesting, a very dry sense of humour, and you see it around the industry,” Kelley says.

Kelley graduated from the University of Oulu in 2019, and he got busy looking for work.  Kelley says that his studies really prepared him for work, as his thought process became much more critical and growth-oriented.

The studies also helped him with his writing skills and gave him many concepts around marketing, campaign-building, marketing automation, and so on.

He found ONEiO's job listing online and contacted them. Kelley was invited to their process and that meant being interviewed in person. Kelley was still living in Oulu and the company was headquartered in Helsinki.

”I took the midnight bus from Oulu to Helsinki, had my interview, and took the bus straight back to Oulu. It was a 16-hour bus ride for a one-hour interview, and then I did it again for a second interview,” Kelley says with a laugh.

The time spent on the bus paid off, as Kelley ended up being hired. ONEiO is a company specialising in platform integrations, and is providing its solutions as software as a service (SaaS). The company is international, as it has offices in Germany, the United Kingdom, and the United States. The Helsinki office has a very international feeling as he works alongside co-workers from Canada, Peru, the Philippines, Russia, and so on. Kelley gets to do a lot in his current position, which becomes evident as he lists just some of his tasks:

But, he wouldn't have it any other way.

”There are things that I have become interested in outside of work and then it has become a part of my job. Basically they let me do whatever I enjoy doing anyway, and if it is beneficial to the business, I can keep doing it. And the opposite is true as well. I was always interested in video, but never really had the equipment for. I got a chance to do it at work and now it's my hobby,” Kelley says.

Indeed, Kelley has a YouTube channel, where he explains how to apply for studies in Finland and how he was able to study here.

He says the channel expanded out of him helping his friends write their resumés, and he has a whole slew of videos planned out for the future.

While Kelley lives now in Helsinki, he has many friends–and a girlfriend–in Oulu, so he visits the city a lot.

”I still love the place, I really enjoy that it's so close to the bay and nature in general. It's a pretty city and everybody is really friendly and always curious about foreigners, where you come from, what brings you here, and so on. It feels like home for me,” Kelley says.

• M.Sc. (Econ.) Marketing
• Digital Marketing Specialist at ONEiO
• Dennis originally went to the University of Hawaii to pursue a degree in Atmospheric Sciences: ”As a kid, I always wanted to grow up and be a storm chaser, like Bill Paxton's character in the movie Twister!” 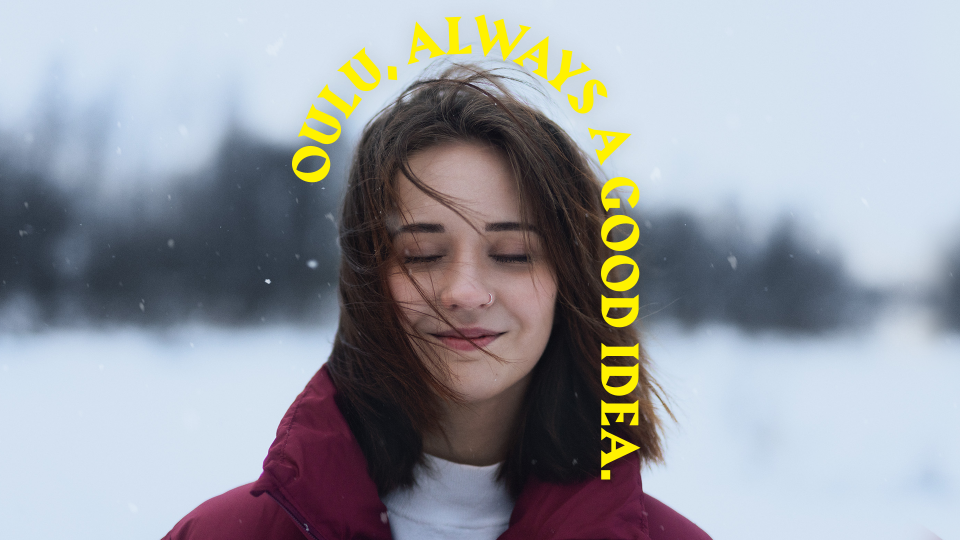 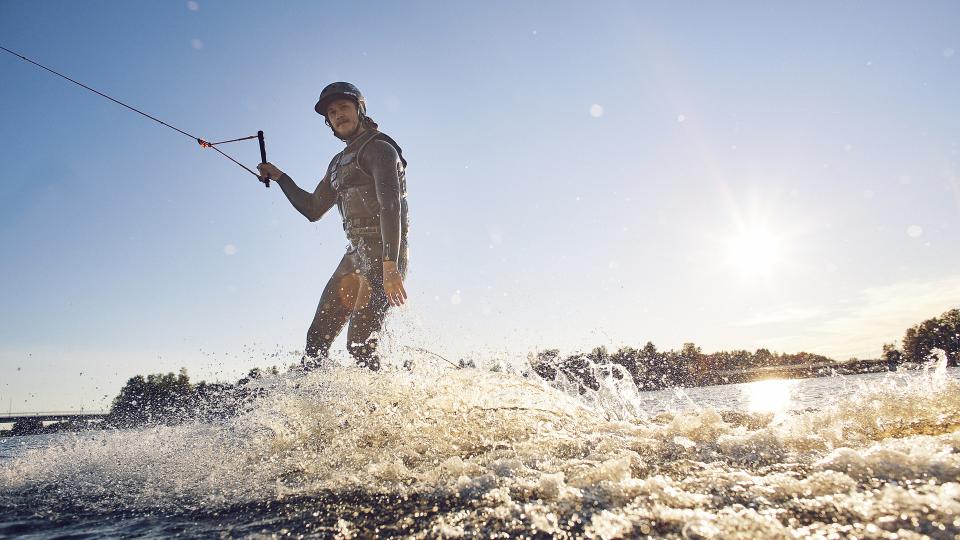