A Career Counsellor to guide students in the job seeking process

Donations to the University of Oulu make new initiatives possible in both research and education. One important benefit from the donations is that the university can establish new positions. As a result of the university’s 60th anniversary fund-raising campaign ‘For the Next Generation’, especially a contribution from LähiTapiola Pohjoinen, a Career Counsellor was appointed to support the career paths and develop the employability of international students. 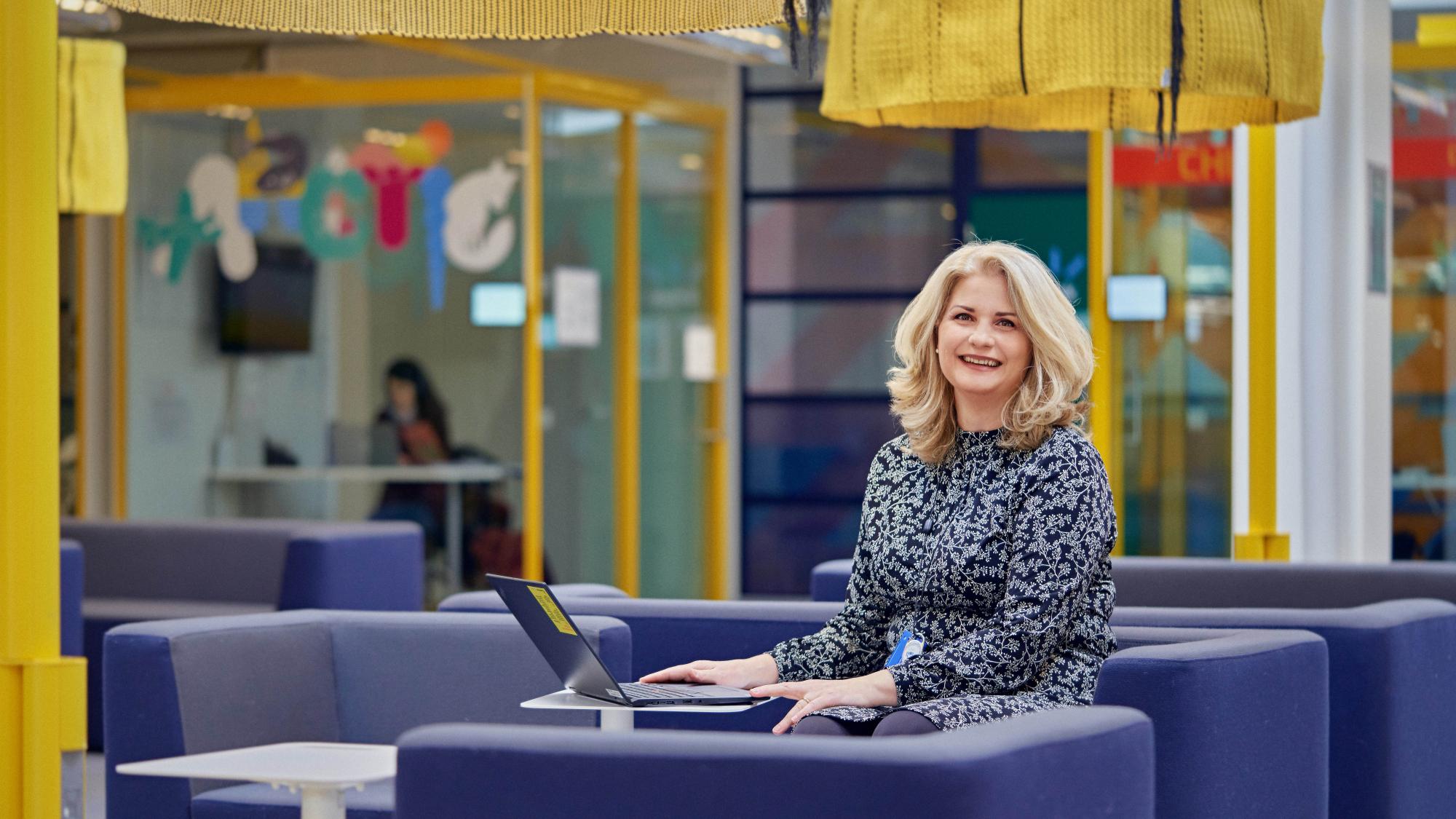 Every year there are more than a thousand international students studying on Master’s programmes at the University of Oulu. The hope is that these talented, budding professionals will remain permanently in Oulu. Angela Suorsa is the Career Counsellor appointed so that the university can give guidance to our international students, and she is pleased that Oulu is able to attract internationally.

‘Being able to attract people to Oulu, but also to keep them here is really important. Companies can’t succeed if we don’t have the workforce. We already have a shortage of employees in many fields. We have an answer to this problem if our international students stay here and work.’

International degree students come from many different countries. They come to Oulu from countries such as China, India, Argentina and Singapore, in addition to the European countries.

‘Technology students in particular find employment here relatively easily. Technology companies are already used to hiring foreigners. Companies in other sectors are still slightly more cautious, which of course is understandable. The kind of question that might arise, can for example be related to how long an employee is going to be prepared to commit to working for their employer.’

Efforts are being made to lower the threshold for employing foreigners through collaboration with the companies. Indeed, Angela Suorsa encourages companies to get in touch with her if they are interested in working with the students or in hiring international talent.

‘By recruiting an international expert, a company can get access to know-how that is not yet available anywhere in Finland.’

Going abroad is a major undertaking for a degree student, and Angela has observed that by default they are very highly motivated to study and look for work.

Networking is the most important skill in job seeking

It comes as a surprise to many foreign students that university studies in Finland are considerably freer than in many other countries.

‘They are surprised by just how much responsibility they themselves are given for their studies. They might even find it difficult at first. But by the second year they have already got into the Finnish way of studying and would never give up that freedom,’ a smiling Angela says.

In her job as a Careers Counsellor, Angela Suorsa works with students on the job search process, organising workshop sessions on different aspects of employability, and also giving individual guidance.

“I always emphasise to them that networking is of prime importance. Up to 80% of jobs are in the hidden market. Networking in a new country and a new culture demands a lot of work,’ she says.

Many students may never have made a CV.

‘Unlike here in Finland where there are opportunities for becoming familiar with working life already in the curriculum of lower secondary schools, in other countries there are no work experience periods. Of course, the students’ CV’s must be in order, but, at the same time I try to make it clear to them that companies are not necessarily looking for the best candidate, rather they are looking for the most suitable candidate for a particular task. With this in mind, it is important to approach job seeking from the company’s perspective and to highlight areas in which you could have something special to offer to the company in question. Job interviews here in Finland are usually relaxed events in which dialogue is important. This surprises many.’

Coming to Oulu was a slight culture shock

Angela Suorsa knows well that adapting to a new country always involves some culture shock, having gone through it herself. In 1997, when she came from her home country of Greece to Finland as part of an Erasmus exchange, she did not know the language nor the culture.

‘Language learning though is just one part of integration. It is also about how to function in a society, and how to read between the lines of cultural behaviour’.

After graduating as a Master of Science in Technology in 2002, Angela immediately found work in Oulu within her own field. Because ICT jobs were drying up, after her maternity leave, she had to change to a new field. Then, a few years ago, she decided to continue her studies, and began working on her PhD at the Oulu Business School.

‘Several times I have had to turn my weaknesses into strengths and utilise my potential to re-invent myself. This has provided me with so much motivation in my work as a Career Counsellor,’ Angela laughs.

The best moments in the job according to Angela are when an employer and a jobseeker meet and really connect, so that both of them feel that everything has just fallen into place.

‘Such a situation took place just a few days ago, when an environmental engineering student was offered a dream job. Because of coronavirus, starting studies had been difficult, and with everything being done remotely, adapting to the new environment had been really hard too. I gave some careful prepping for the job interview. When with the phone call came with the good news, it was an emotional moment.’