Researchers at University of Oulu, Finland, conducted a detailed chemical characterisation of a concrete roof tile prepared from alkaline activated blast furnace slag – often called as ‘geopolymer’ – which had been exposed to Northern Scandinavian weather for 30 years. This material is chemically similar to concrete used by ancient Romans which has been shown to be incredibly durable at Mediterranean weather and resistant against sea water. 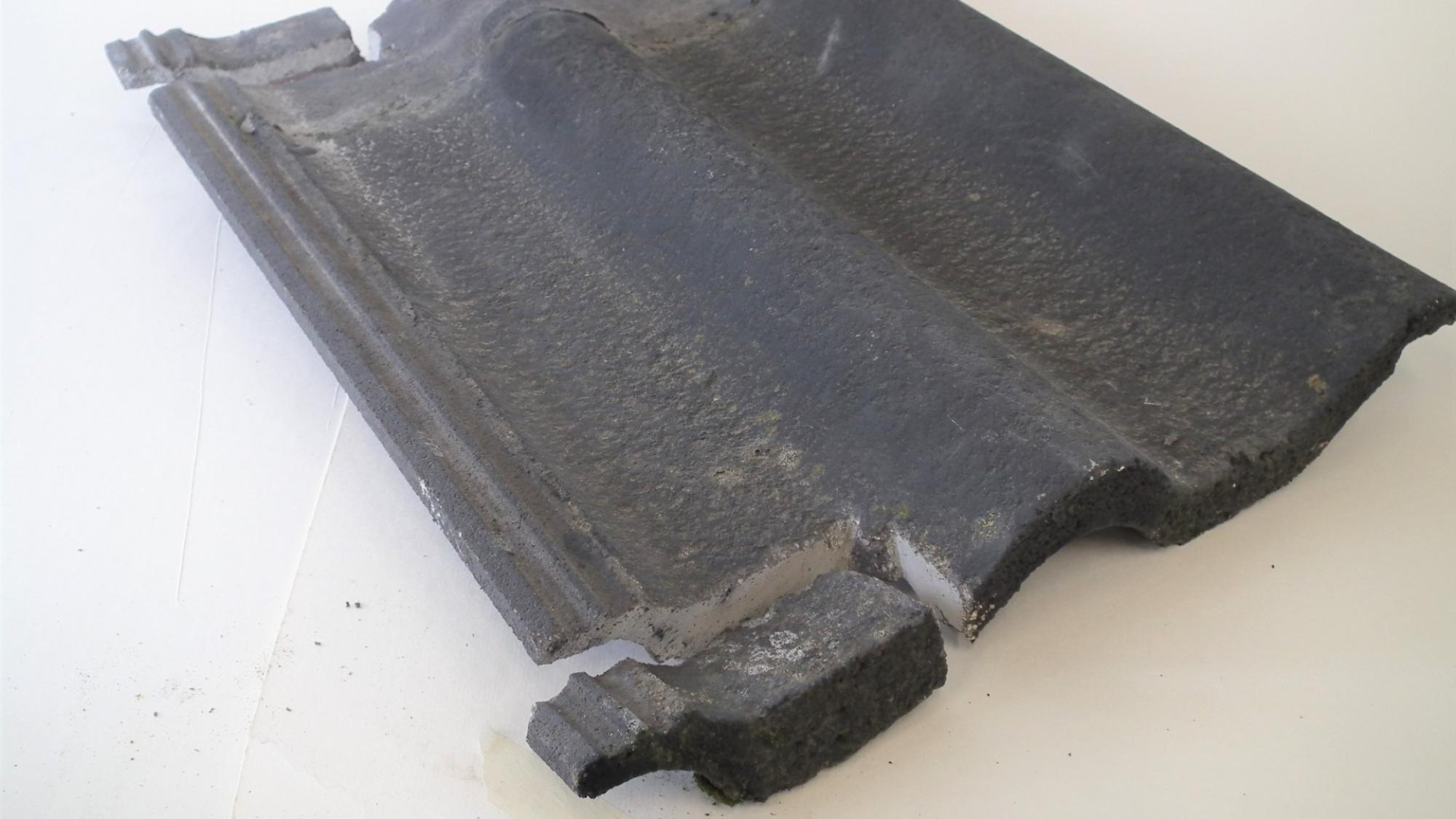 A geopolymer roof tile from which samples have been sawn for analysis. Photo University of Oulu / Juho Yliniemi.

The new results provide unique insight about the long-term durability of this type of concrete in harsh Northern weather. Earlier research has shown that ancient Roman concrete consisted of rare mineral called aluminium tobermorite, which is credited for the concrete’s excellent durability.

Similar type concretes were “rediscovered” in the end of 19th century and their development was active especially in Ukraine during the 1950s. After that, there have been several pilot projects in Europe – including Finland in the 1980s.

The newly analysed roof tile was a product of pilot manufacturing done during the 1980s. Based on the results, the roof tile contained similar tobermorite-type minerals as the ancient Roman concrete, but also layered mineral structures consisting of magnesium, aluminium, and manganese.

The durability of the aged concrete surprised the researchers Tero Luukkonen and Juho Yliniemi and, unlike expected, also iron was integrated in the binder. ”The most incredible result was that the few centimeter thick tile still contained buffer capacity against carbonation”, Luukkonen summarises. In regular concrete, the cement would have already reacted with carbon dioxide, which compromises its ability to protect steel rebars. “The tile had no signs of structural disintegration showing that the tile had resisted very well the continuous freezing and thawing” Yliniemi continues.

Another major observation was that iron in the raw material, blast furnace slag, was integrated into the chemical structure of the binder. It is generally thought that iron is not a reactive component in cements, and thus this result challenges the paradigm of the role of iron in long-term changes of cement phases.

The study was published in RSC Advances in September 2022. Main authors Luukkonen and Yliniemi are Assistant Professors at Fibre and Particle Engineering Research Unit at University of Oulu. The group led by Professor Mirja Illikainen, has studied utilisation of mineral wastes as cementitious materials for a decade.

During the last 30 years, the main driver for the interest in these materials has been their benign environmental footprint. By using mineral waste as raw materials, the carbon footprint of these types of concretes can be up to 80% lower compared to regular concrete. Oulu in Northern Finland is a hotspot for side streams from mining, pulp & paper, and steel industries suitable for cementitious raw materials. The group has also active international collaboration, and also the research paper in question was a fruit of collaboration with researchers at the University of Sheffield and the University of Warwick in the United Kingdom.

Currently, the group has several on-going projects studying unutilized waste materials to replace cement. However, these type of materials are not confined to construction materials but they can be used in high-value applications too. “So far, we have prepared ion-exchangers, catalytically active filters, or disinfecting materials. I see there a great potential, also for new businesses”, tells Luukkonen. Another major topic addressed by the group is to bind carbon dioxide into magnesium-based cements.