Decades of research confirm: the biggest cause of decline in the willow tit population is forest management – decaying trees are vital for the endangered species

Based on uniquely long-term and precise research results, forest management is the most important cause for the rapid decline in the willow tit population in Finland. If there are no deciduous snags, referring to dead or dying standing trees, present in a forest, willow tits cannot build their nests there. 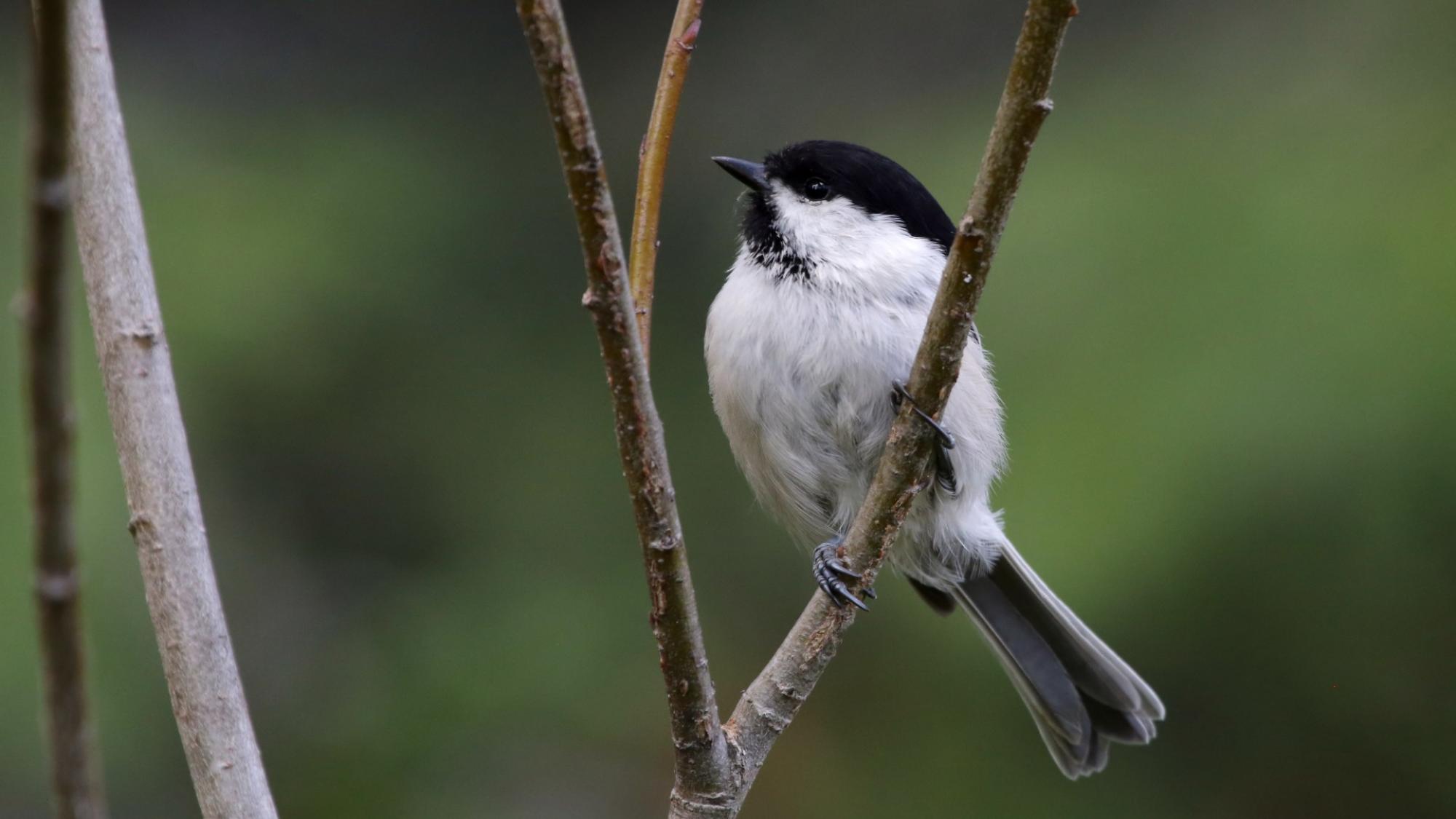 The willow tit (Poecile montanus) is a small resident bird species which lives in forests, and their population has quickly declined to the point of being highly endangered in Finland. Photo Satu Kumpula / University of Oulu

The research results are based on a long-term study of willow tits (Poecile montanus), which emeritus professor Markku Orell of the University of Oulu began gathering materials for as far back as the 1970s. The study made use of actual forest management data in order to precisely investigate the effects of clearcutting and thinning. Previous similar research results have been based on less detailed felling data.

The decades of research have shown that the long accumulation of forest management actions has caused a significant loss of habitats, as well as weakened them for willow tits and other similar species, such as the crested tit. Due to their ways of life, these birds are particularly dependent on natural forests. Although felling is only done annually in a few forest areas, the felled areas build up over the course of several years, and this poses a threat to biodiversity.

The study showed that felling has a cumulative effect on the nesting of the willow tit for at least 30 years. The more there was forest felled less than 30 years ago, the fewer and further from each other the willow tit nests were, and the further their nestlings spread out from their natal nests. During the period of study, breeding density decreased by almost half. Of this decrease, up to 65 per cent is explained by clearcutting and thinning. The impact of clearcutting was much greater than that of thinning. The area of the study was about 25 square kilometres in size and located near Oulu, Finland.

The willow tit is a resident bird species that is familiar to many, living in its small forest territory year-round. “In the winter, it survives primarily on the food it has stored in holes in tree bark and under lichen. This naturally fearless bird will happily come and greet anyone walking through the forest,” says University of Oulu doctoral researcher Satu Kumpula. In May every year, the willow tit carves a new nesting hole in a decaying tree with its small beak. The significance of decaying deciduous trees was highlighted in the study: the willow tit is essentially entirely dependent on decaying trees for its nest, as the small bird is only able to carve out sufficiently soft decaying wood, usually a decaying birch snag. Only a few decades ago, the willow tit was Finland’s fourth most common nesting bird, but due to a rapid decline in population, it is now classified as endangered.

Based on the research results, the survival of the willow tit and, likely, many similar species that depend on old and mature forests can be improved by avoiding clearcutting. Clearcutting causes direct loss of habitat for several years, even if the forest is regrown. “If all the decaying deciduous trees that are important for the willow tit are also thinned out or they fall, it may cause a decades-long shortage of nesting trees,” says Kumpula.

A typical willow tit nest in a decaying birch. A researcher finding out the number of nestlings. Decaying deciduous trees are vital for the willow tit. Photo Satu Kumpula / University of Oulu

The research results show that plentiful amounts of decaying deciduous snags improved the situation and shortened the distance between nests. According to researchers, these things should be taken into account in forestry, because if there are no decaying deciduous trees in a forest, the willow tit cannot nest there. The amount of decaying trees in forests could also be increased through restoration. “The willow tit rarely nests in a nest box, meaning that nest boxes will not be of any help,” says Kumpula. The researchers suggest that people walking through the woods could lift fallen decaying deciduous trees upright and lean them against other trees to provide nesting places, or to make a hole of three centimetres in the hard bark of the tree for the willow tit to get to the cheese-like white rot inside.

Many reasons have been sought for the long decline of the willow tit, but the new study has shown that felling was by far the most important factor. Increases in the populations of the Eurasian blue tit and great tit may also have an impact, but it is unclear whether the increase of species from the south and the competition between species harm the species of tit that previously lived here year-round, such as the willow tit. Kumpula will continue researching the matter in her doctoral thesis.

The research was funded by the Kone Foundation. Over the years of the study, almost continuous funding was provided by the Academy of Finland and the Thule Institute of the University of Oulu, and recently by the Kvantum Institute of the University of Oulu, the Finnish Cultural Foundation’s North Ostrobothnia Regional Fund, the Finnish Foundation for Nature Conservation and the Vuokko Foundation for Nature Conservation.

Read more about research at the University of Oulu