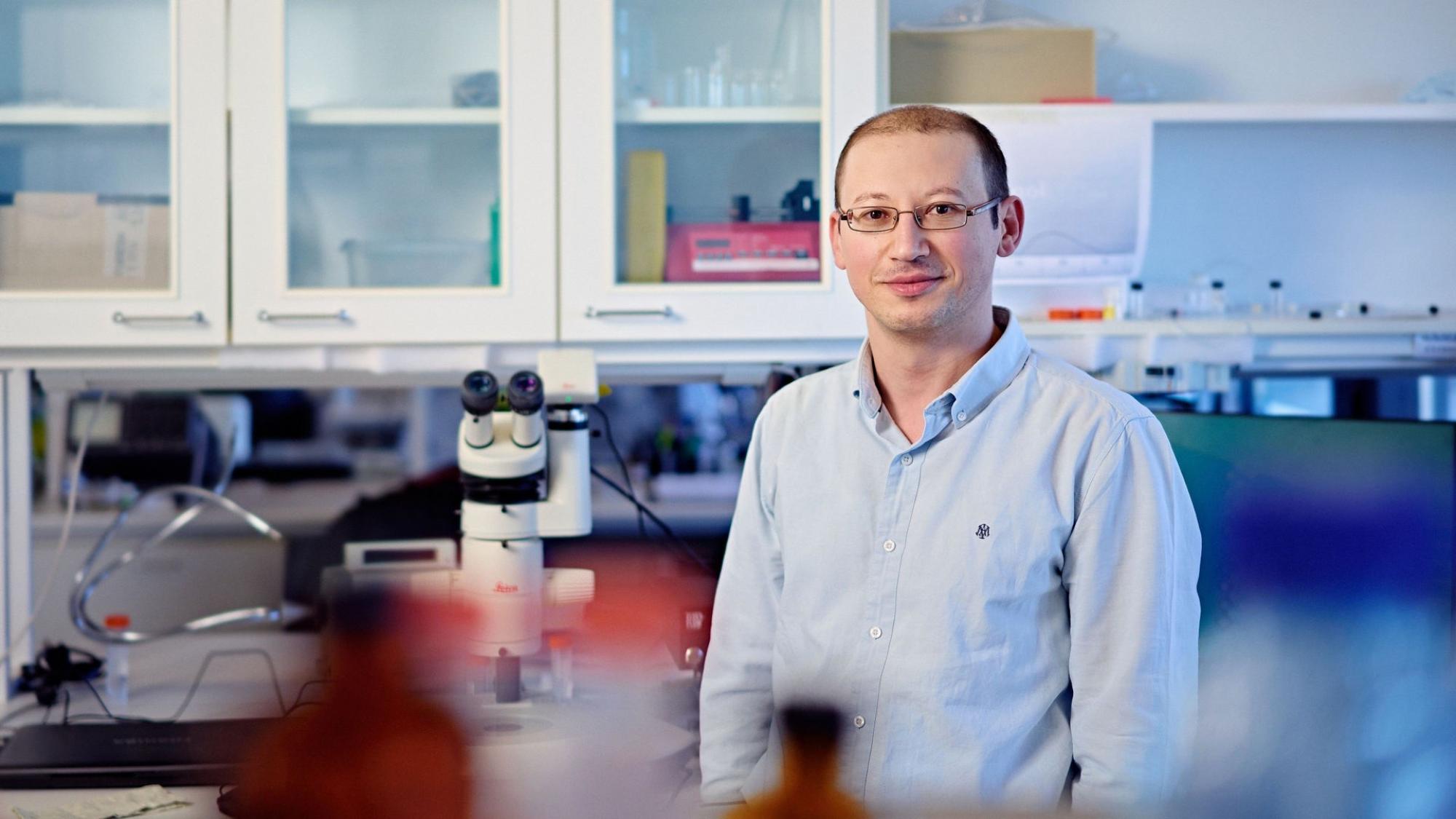 Elbuken's research team is interested in studying fluids at the micro and nano scale. The research covers lab-on-a-chip systems, biosensors, artificial cells and nonlinear microfluidics. The team is very multidisciplinary hosting engineers, biochemists, physicists and chemists. Five years of funding will enable the research team to expand and ensure the long-term continuation of high-quality research.

“The fundamental question we will tackle in this project is about the effect of short term fluctuations on long term behaviour. Specifically, we will study the red blood cell distribution in capillary networks and correlate it with the corresponding tissue growth and vascular network adaptation. It is a challenging problem, so we will approach it from multiple angles with a large research team we will establish for this project. We will develop in-vivo models using organoid samples, in-vitro models using analogous microfluidic networks and in-silico models by node-based iterative simulation”, Elbuken says.

“Bifurcating networks are common in nature and in our daily life as systems distributing fluids. In addition to their role of transporting the carrying fluid, these networks distribute discrete particles suspended in the fluid leading to intricate particle flow distribution patterns. The heterogenous distribution of red blood cells in microcirculation is an example of this behaviour.”

“Blood flow dynamics in the vascular network is an important research area connecting many disciplines. We are interested in the distribution of individual red blood cells at capillary level. The discreteness of cells poses so many interesting questions on time-dependant local oxygen delivery to the tissue. We have developed tools to model such systems using simplified microfluidic networks. With this project, we aim to correlate vascular development to blood cell flow dynamics in the network. Our goal is to develop a grand theory of vascularization and address the vascular development problem in artificial organ research. Once we master our understanding on vascular network growth, it is not too bold to imagine that it can be used to devascularize tumour tissue. In the long-run we expect substantial contributions in several areas of healthcare.”

Caglar Elbuken works as a Professor at the Faculty of Biochemistry and Molecular Medicine, and jointly as a Research Professor at VTT. He is a Kvantum Institute principal investigator.

“I would like to thank to all my colleagues, specifically Seppo Vainio, Ilya Skovorodkin, Ville-Veikko Telkki, Aki Manninen, Jussi Hiltunen, Alexey Popov, Peppi Karppinen, Mikko Sillanpää, Henrikki Liimatainen and Jukka Hakkola, for the collaborations and discussions we had that allowed me to shape this project.”

The European Research Council (ERC) is one of the most respected research funders, providing funding for pioneering research for top researchers and their research teams. Funding is targeted at researchers at different stages of their careers. ERC-funded researchers are pioneers in pursuing scientific breakthroughs and opening up new and promising areas of research. To date, University of Oulu researchers have received 12 ERC funding.