Water detective from University of Oulu aims to find out the role of snow in our freshwaters and ecosystems, using methods familiar in forensic science – water’s fingerprints

The water molecules and their movement through the snow, or even through a whole hydrological system, can be tracked with certain markers called water isotopes – sort of water’s fingerprints. They reveal where winter storms came from and where the water flows. 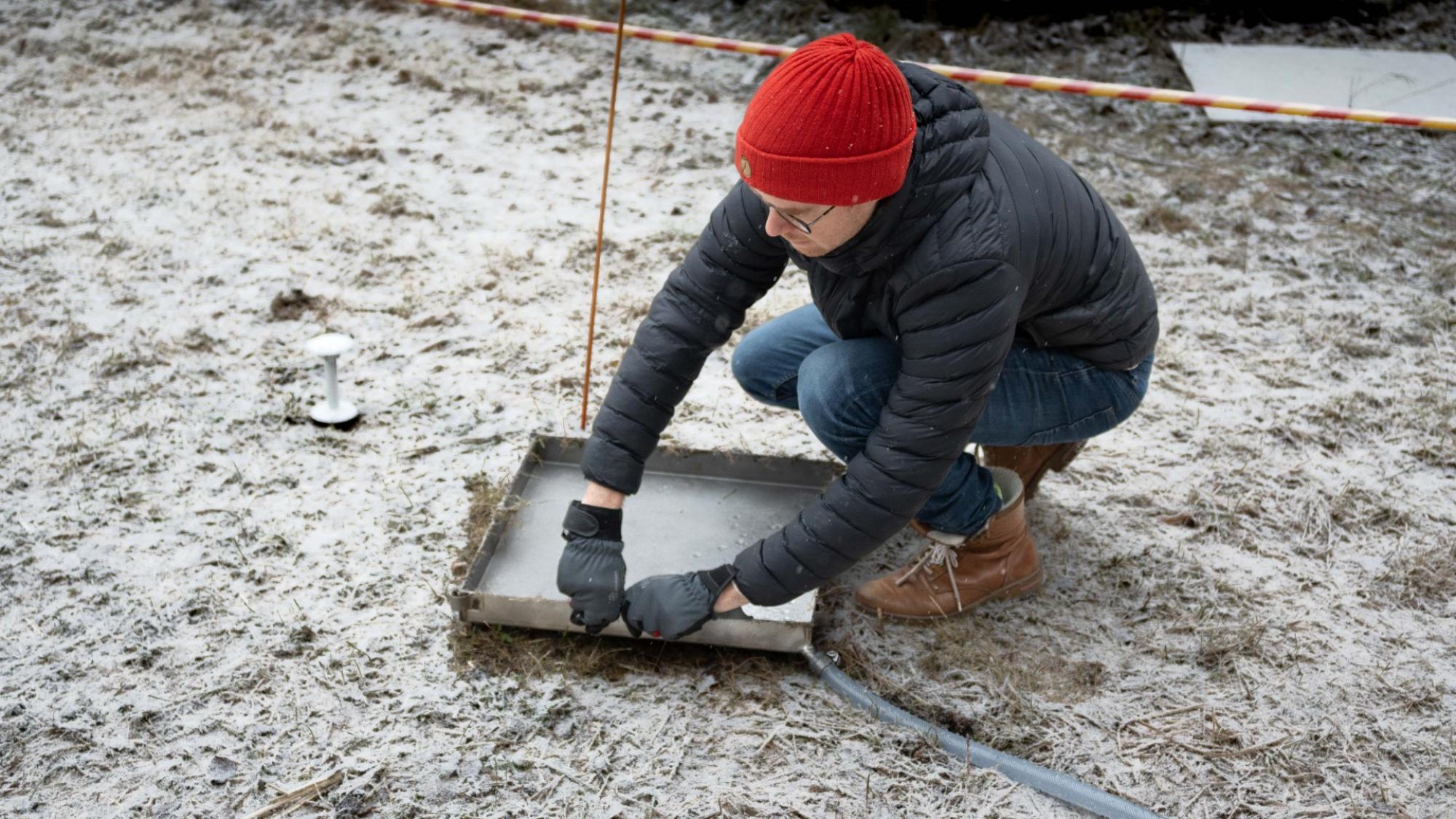 Measuring site at the backyard of the University of Oulu.

More specifically, what is measured is the ratio between lighter and heavier isotopes of the water. These isotopes are the essence the research of associate professor Pertti Ala-Aho from the University of Oulu.

Isotope ratio science are also used in many other applications, ranging from forensic science identifying unidentified remains of humans to food science identifying the true origin of food items like vegetables or meat. The water that flows through a human being leaves it’s mark into our bodies, our hair and our blood.

Ala-Aho is originally from Oulu region, and sounds like he has stayed above certain latitude his whole career – he talks about the snow science he has done in Scotland, Alaska, many research sites across Finnish Lapland, and now in the brand new measuring site at the backyard of the University of Oulu. This is his own Academy of Finland Research Fellow funded SNOMLT project, where he leads a team aiming to reveal the secrets of snow. We visited the site in mid-November when the first snowflakes are quietly falling to the three research slots, fenced with warning tape to allow undisturbed measurements.

Ala-Aho believes, that the importance of snow and the amount of meltwater may be underestimated in the hydrological analysis of our water reserves and ecosystems. The reason is, that fresh fallen snow has a certain, relatively “light” isotope ratio because of isotope fractionation. As a simplification, we could think that it is lighter in composition because , during low-energy winter conditions water molecules derived from the colder regions are sluggish. There is less energy to make the heavy water isotopes to leave from liquid to vapor phase. The rain formed during the summer season is “heavier”, because the evaporation is strong, and also the heavier isotopes are more frequently mobilized.

You can imagine a group of backpackers, some carrying light, some heavy bags. It is likely that ones with light bags keep walking, ones with heavy bags need more breaks (= water isotope fractionation). If the same group is hiking in the winter and in summer, it is even more likely that ones with heavy bags move less in the winter, compared to summer, because walking in snow requires more energy (=more fractionation during winter than summer).

So why is this important in the grand scale of hydrology? Any isotope analysis of surface water from a lake or a river in the colder regions, makes an assumption whether or not the water derives more from the heavier summer rain or lighter winter snow. Ala-Aho thinks that some of the water assumed as summer rain may in fact be meltwater from snow, which has heavier isotope ratio due to the processes within snow – the snow mimics the fingerprints of summer rain to confuse the water detectives.

Our groundwater, water in rivers and lakes, and the water that our forests and other vegetation need, may be more dependent on the amount of snow and the meltwater than we think. The amount of the snow and the meltwater will definitely change during the next decades due to global warming. It is important to know what kind of impacts this may have on the water moving through our lakes, river basins, through our forests – and we humans need the water as well.

The Freshwater Competence Centre is aiming to develop the use of latest measurement technology, automatization of obtaining and organizing the background data needed for a digital twin of the river. Under the Hydro RI platform project from Academy of Finland, Ala-Aho and his group have been able to obtain a new Picarro isotope analyser, that does snow isotope measurements automatically using novel sampling system developed in Germany by the University of Freiburg and UGT, producing the data needed for such work. Developing digitalization is Ala-Aho’s other challenge as an associate professor, funded by MVTT foundation: it is not enough to just plan the research well enough to get meaningful results. The resulting data must be organized, handled and analyzed in a way that makes it usable for other scientists, for digital twins and models in the years to come – otherwise it will become just another dataset, drowning in the flow of data. This flow must be harnessed, to power our digital twin and it requires careful planning, automatization and technological innovations.