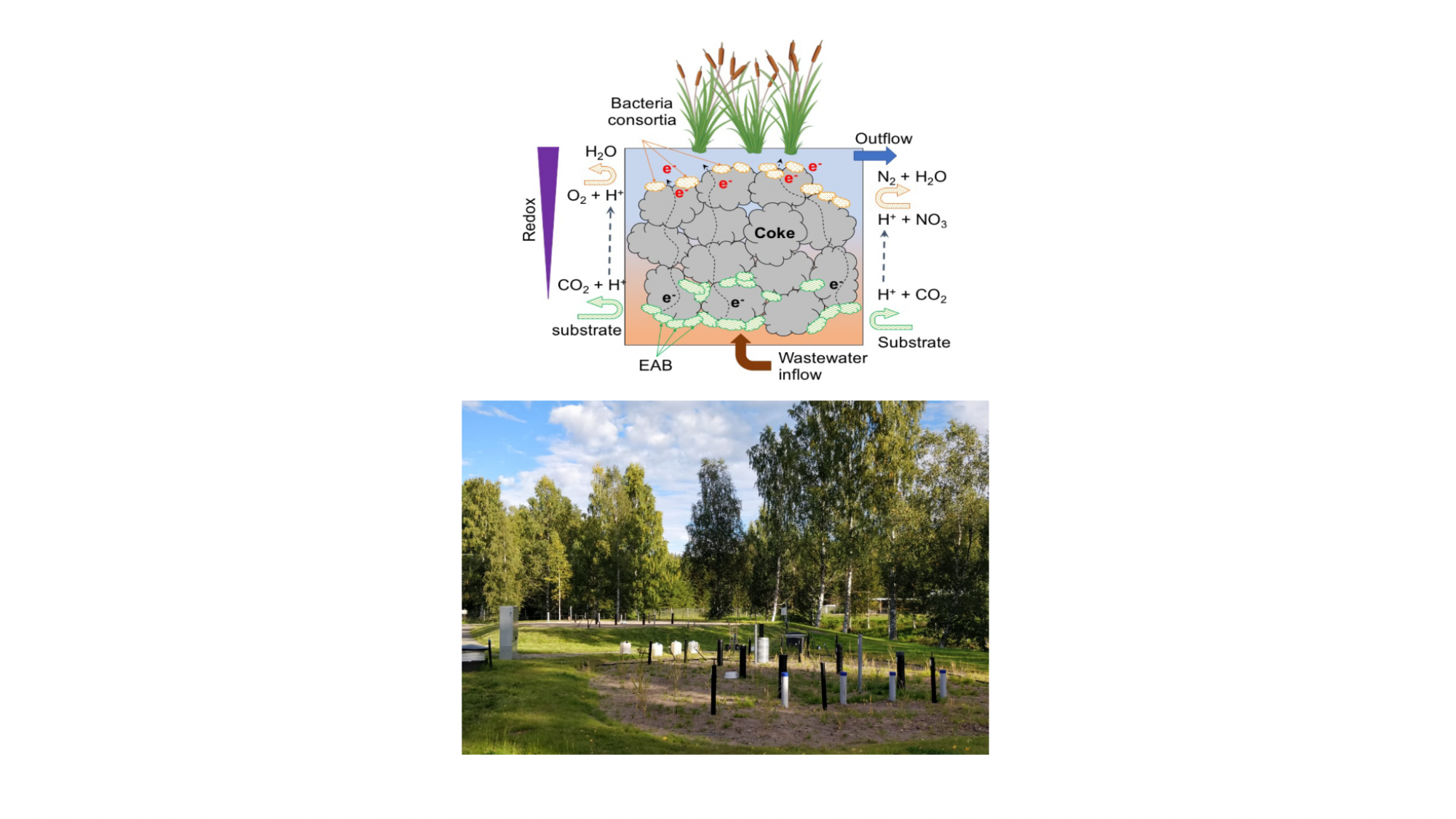 Researcher and lecturer in wastewater engineering

Hybrid Microbial Electrochemical Technology Constructed Wetlands (CW) are a novel approach for the development of CW technology based on microbial fuel cell (MFC) principles. MFCs are bioelectrochemical systems which use microorganism to oxidize organic and inorganic matter and convert their chemical energy into electric energy. In these systems, so-called electroactive microorganisms establish a direct redox interaction with electrically conductive materials. Electrons produced by the metabolism of electroactive bacteria can be transferred to an electrode, which acts as a terminal electron acceptor as any other natural acceptor like oxygen, nitrate, etc. The use of electroconductive wetland material (instead of sand/gravel) results in what can be referred to as “hybrid microbial electrochemical constructed wetlands (HyMETland)”. Based on reported studies, microbial electrochemical-constructed wetlands represent a powerful hybrid technology that can outperform conventional CWs. However, several questions remain regarding pollutant removal processes (e.g., nitrogen removal pathways, etc.), greenhouse gases emissions, and media characteristics that most promote exoelectrogenic bacteria activity.

The project will run for 4 years (2021- 2024). Researcher tasks have been allocated to 2 different work Packages (WPs)