Space Climate research group concentrates on studying the long-term evolution of various forms of solar activity and their influences on near-Earth space, atmosphere and climate. Better understanding
of the Sun's past evolution allows us to make better estimates of its future influence on our near-Earth environment. 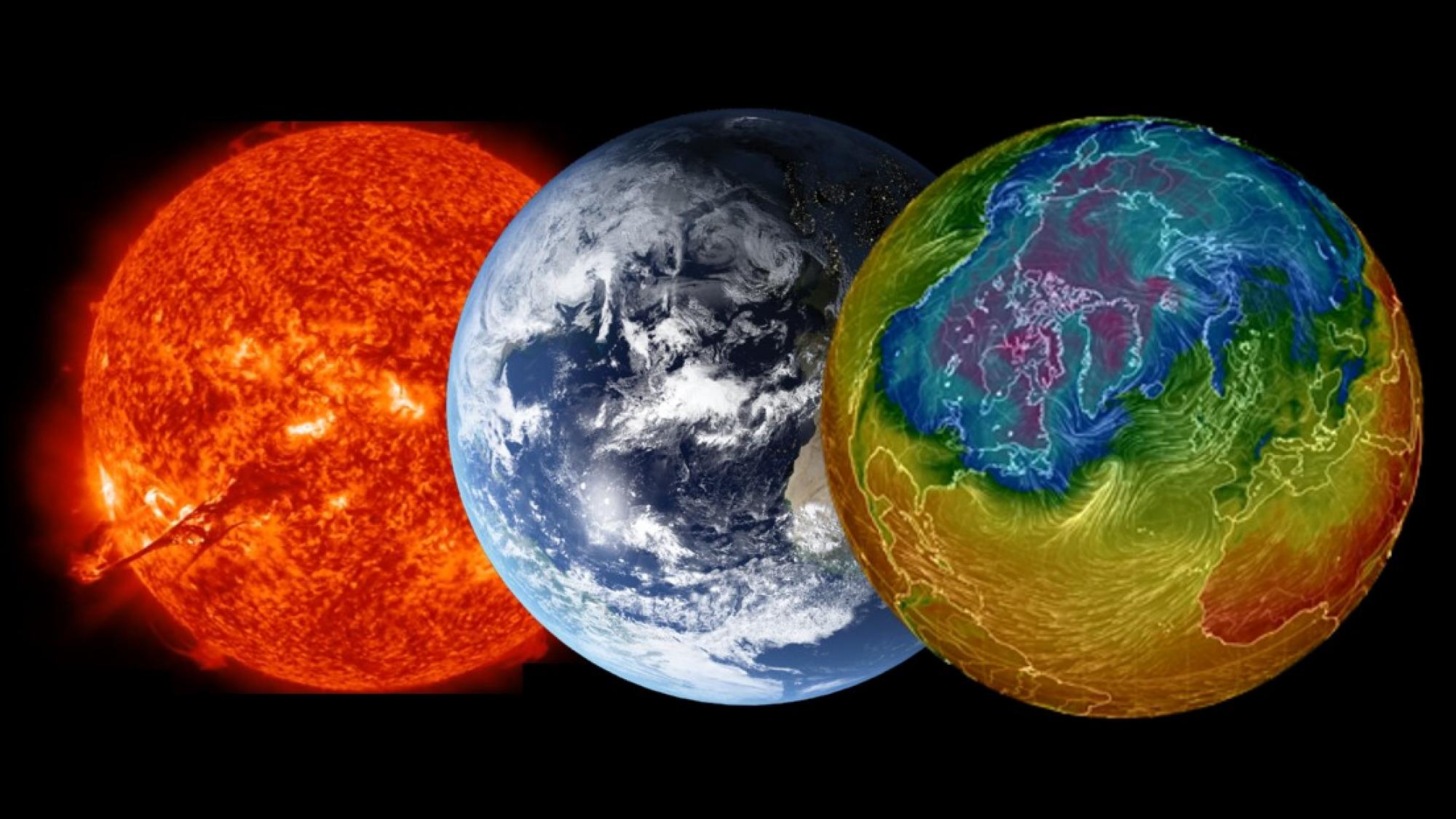 Picture of the Sun, Earth and ground level temperatures and winds.

Space Climate is a relatively new branch of space physics, which concentrates on the long-term evolution (months to thousands of years) of solar activity and its influences in the heliosphere, near-Earth environment, atmosphere and climate. One can think of Space Climate as the "average Space Weather" similarly as climate and weather in meteorology.

At the moment our research is concentrated especially on understanding the long-term evolution of solar activity and its influences on climate variations as well as on cosmic rays solar extreme events and their influences. We also aim to utilize this understanding to predict how these factors influence our environment in the future. The research is being carried out in several projects funded by the Academy of Finland and University of Oulu Kvantum Institute. These projects continue the successful research of the ReSoLVE Centre of Excellence of Academy of Finland (Research on Solar Long-term Variability and Effects, 2014-2019), which was coordinated by our group.

Prediction of Space Climate and its Effects on Climate