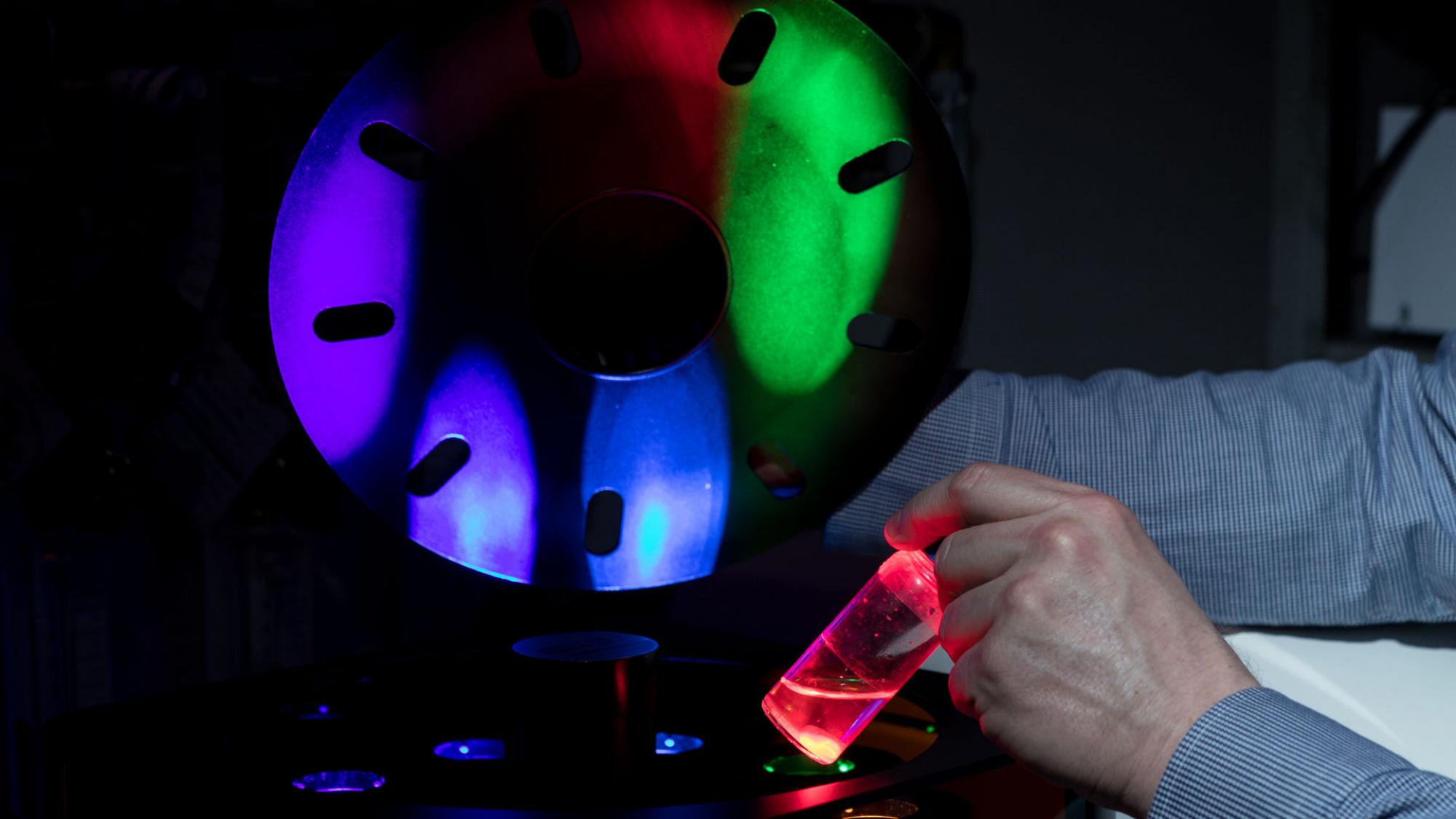 Hydrogen is the world’s most common element. It can be produced cleanly and used as energy without emissions. Hydrogen can also be used to store and transfer energy, and it is also an industry raw material. When hydrogen combusts, no carbon dioxide emissions are created, only energy and water. Hydrogen can be used to replace fossil fuels, and the hydrogen transition will present an opportunity to switch to using clean energy on a global scale.

It is envisioned that in the future the hydrogen economy will have a role to play in the energy systems, industry and traffic of developed carbon-neutral societies.

The University of Oulu’s hydrogen research relies on both in-depth basic research as well as extensive applied research that are promoted in dozens of research projects. The University of Oulu’s hydrogen research emphasises, in particular, the promotion of clean hydrogen production methods, the utilisation of hydrogen in steel production and the development of steels for storing and transferring hydrogen. In addition, hydrogen utilisation methods are under development for the chemical industry, energy production and traffic alongside with new business models suitable for the new hydrogen economy.

Hydrogen does not occur in nature as such but in compounds. Currently, hydrogen is primarily made of fossil natural gas; however, in the near future, hydrogen production will transfer to an emission-free electrolysis process in which water is split into hydrogen and oxygen. However, producing hydrogen out of water with electrolysis requires a great amount of energy. The massive need for renewable electric energy is a challenge for increasing electrolysis-based hydrogen production. As a solution, the University of Oulu is developing alternative, emission-free and energy-efficient ways of producing hydrogen.

Produced with photocatalysis, solar hydrogen is a method for the future in which water is turned into hydrogen directly with sunlight, without any electricity. The energy of sunlight is used to split the water molecules on the surface of the catalyst into hydrogen and oxygen.

Photocatalysis has been under development for decades all around the world. The University of Oulu also has a long tradition in photocatalysis research. For example, scientists are working on durable and energy-efficient catalysts that are easy and affordable to manufacture for solar hydrogen production.

The emission-free and energy-efficient methane pyrolysis is a hydrogen production method that is already in use. In methane pyrolysis, the methane, natural or biogas, is split so that the contained hydrogen is separated from the carbon and collected as pure hydrogen gas. The pure carbon created in the process can be used to produce carbon nanotubes, for instance, that can be utilised in the energy storage applications of modern battery technologies.

Research at the University of Oulu:
Sustainable Chemistry research unit

In addition to water and natural gas, hydrogen is also produced from other source materials, different industry side streams or organic waste. In addition, the refining of natural gas into hydrogen presents an opportunity to increase decentralised, local hydrogen production. The University of Oulu combines the principles of circular economy with the development of hydrogen technologies while developing material engineering competencies for the international growth market. Developing catalysts for hydrogen production and purifying process streams are topics of active and long-term research.

Hydrogen can revolutionise steel mills. The University of Oulu’s research in steel production is among the best in the world, and it strongly supports creating a future for one of Finland’s key industries. In steel production, using hydrogen as a reductant and source of energy presents a significant opportunity for decreasing carbon dioxide emissions: it can cut Finland’s emissions by up to seven per cent.

The University of Oulu’s process metallurgy research is developing carbon-free hydrogen reducing technologies of the future for the steel industry and modelling hydrogen-based steel production. The close-knit cooperation with top international experts in the field and the Finnish metal industry will introduce hydrogen innovations efficiently and directly.

Research at the University of Oulu:
Process Metallurgy research unit

Hydrogen evaporates easily and causes so-called hydrogen embrittlement in solid materials, which is why it requires special storage and transfer solutions. The University of Oulu has an internationally acknowledged status in the development of ultrahigh-strength steels. Research is focused on themes that have the greatest significance for building a carbo-neutral society. Focus areas include hydrogen-resistant steels and applications of hydrogen use, distribution and storage.

Research at the University of Oulu:
Materials and Mechanical Engineering research unit

Title
Use of hydrogen in traffic

Research at the University of Oulu:
Environmental and Chemical Engineering research unit

Technical development alone is not enough to cut greenhouse gas emissions. In addition to hydrogen technologies, we must also have business and revenue models for utilising them as part of a wide energy and hydrogen transition. Oulu Business School is developing future-oriented business models and business life skills for a new era.

Research at the University of Oulu:
Martti Ahtisaari Institute

Academy of Finland to fund research infrastructures - over €3.5 million for the University of Oulu

All news
All events

At the University of Oulu, a large number of scientists in several different fields are promoting hydrogen research.