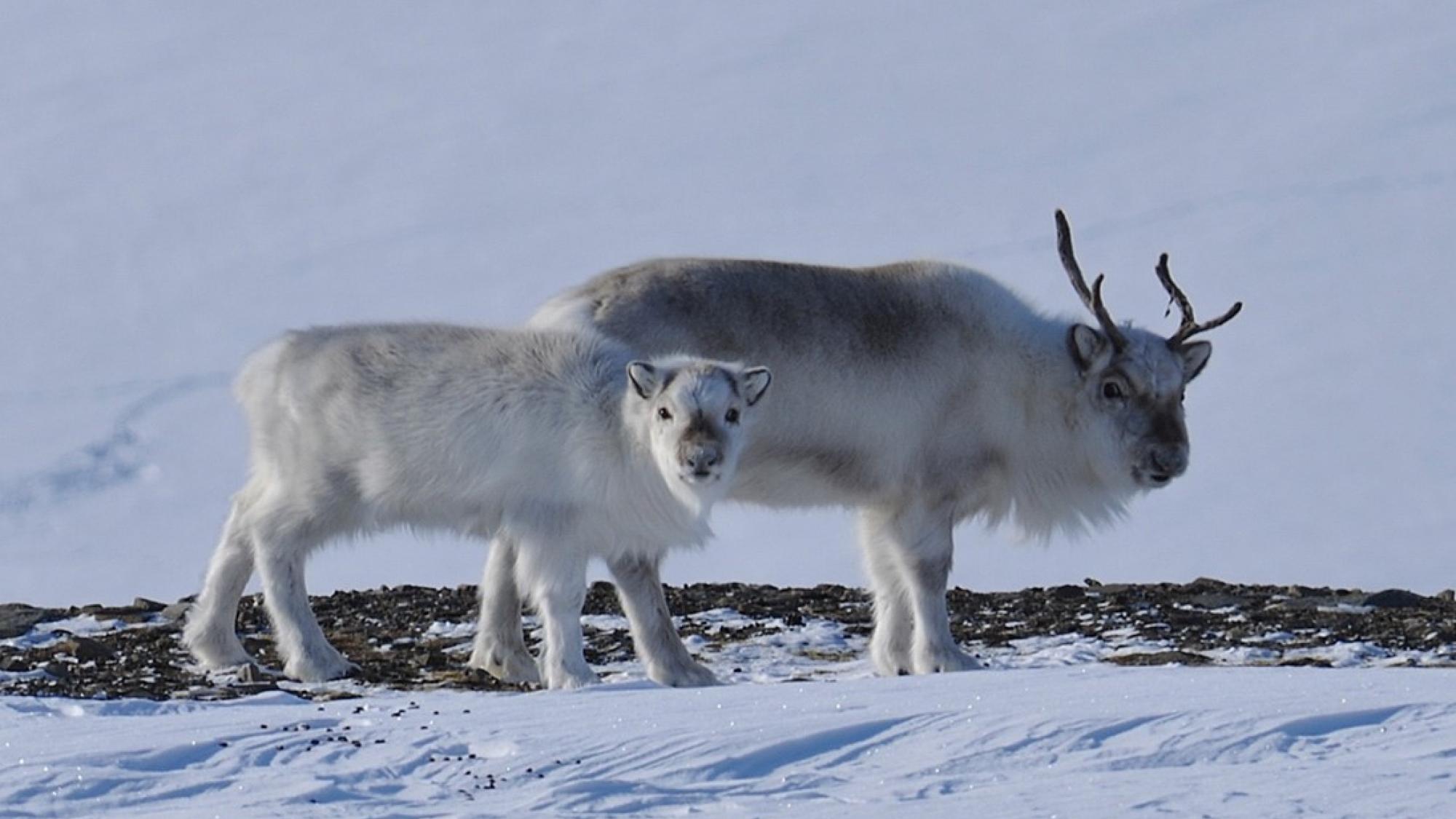 On Svalbard, a group of islands in the Barents Sea, with some of the worlds northerly most land and icescapes (~78-80 degrees north), climate warming has been occurring at 4 times the planetary averages, as the High Arctic switches to becoming more and more a rain dominated in winter system with warmer summers. These winter-rain, or rain on snow events (ROS) have historically been the demise of caribou and reindeer across the Arctic. However, the combination of summer and winter warming has led to vegetation shifts on Svalbard whereby erect grasses, as opposed to flat patches of moss are becoming increasingly dominate.

Using a long-term set of Svalbard reindeer blood samples collected at the end of winter by Norwegian colleagues from the Nature Institute of Norway, University of Oulu Finland PhD student Tamara Hiltunen and Professor Welker have documented a Svalbard reindeer winter-diet switch from moss to grass. This diet switch appears to have coincided with a growth in the populations even as icing (ROS) of a few cm covers the low growing moss but the erect stems and leaves of grasses are protruding above the ice layer and being eaten by the reindeer in winter.

These findings depict the complexity of the High Arctic, the interactions between winter and summer climate changes, vegetation responses to a new Arctic and the foraging ecology adaptation of one of the world’s most iconic Arctic species, the Svalbard Reindeer.

Welker says that these findings on Svalbard have relevance to Lapland reindeer: "Forage biodiversity on the landscape reindeer graze, may provide a buffer to negative effects of climate change in Northern Finland. While some forage species may decline, others forage species or lifeforms may flourish and become a larger part of reindeer diets, facilitating the sustainability of reindeer populations in the future."