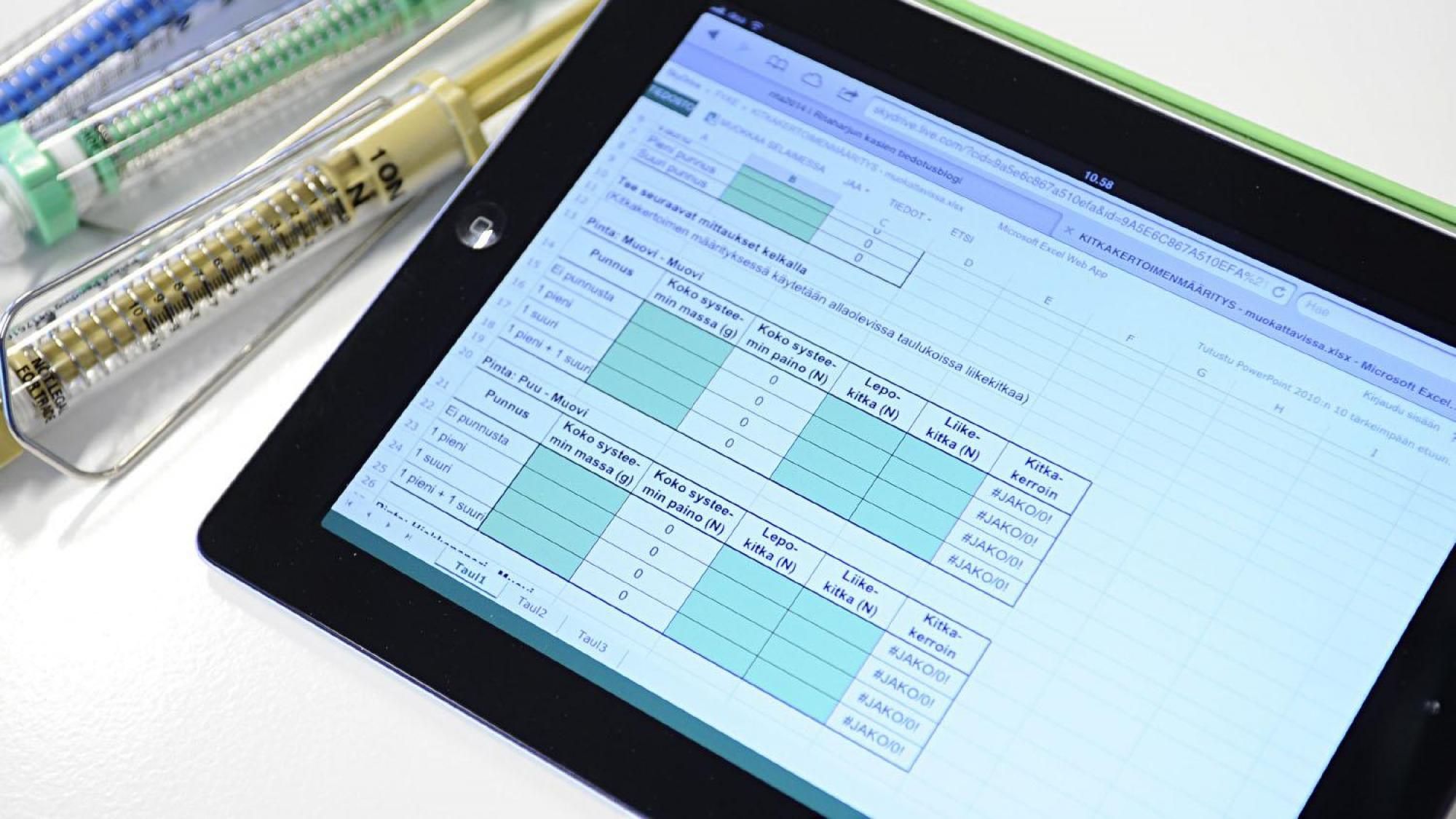 Academy of Finland to fund research infrastructures - over €3.5 million for the University of Oulu

University of Oulu prepares for power cuts – follow these instructions

Our unit has three research groups that conduct research in the following areas, among others: fractal geometry, harmonic analysis, inversion problems, optimization and control theory, Bayesian analysis, computational and statistical methods in the biological, health and engineering sciences.

Many inverse problems arise from a practical need to literally see beyond the surface. What treasures does the Earth’s crust hold?  How fares the patient’s heart?  What lies inside a faraway galaxy?

In applied mathematics and data science, our general objective is to concentrate on high-dimensional statistics, i.e., non-identifiable high-dimensional problems which have multiple solutions and which cannot be solved without having prior information or first specifying which solution to take (regularizing the problem). These are problems that typically arise as well in most inverse problems.

Parallel to targets of Academy of Finland funded Profi5/HiDyn programme (2020-2025), our general objective is to tailor new and efficient multidisciplinary data science methodologies to confront the problems in modern data analysis. Of particular interest are problems involving high-dimensional dynamic systems related, e.g., to imaging methodologies (medicine), Internet-of-Things and energy production (engineering), longitudinal studies and polygenic risk prediction (biology and medicine), environmental risk prediction and understanding space environment, and atmospheric and climate systems (physics). In addition, problems related to monitoring and controlling systems (e.g., steel production) are essential. The above clearly calls for the use of tailor-made mathematical modeling, artificial intelligence (AI) approaches, and full probability (Bayesian) modelling. Bayesian AI models can provide their predictions in terms of probability distributions showing uncertainties around our “best guess”. In control problems, probability distribution will help us in identifying stable control parameter combinations. Further, it is also possible to bring outside prior knowledge or assumptions to the Bayesian analysis.

In high-dimensional statistical methods applied to real world problems, we will have an essential focus on computational approaches to attain benefits beyond scalability including characteristic of the problem and transparency of the used data science method. We do not want to compromise the problem perspective only for computational reasons. This means, for example, that we want to consider settings with fully utilizing the data collection architecture in computation so that as much as possible computations are done locally, and only sufficient statistics are transmitted globally. This correspond to also, for example, settings that are beneficial to understanding and using transparent prediction methods, rather than “black box” predictors, for human health purposes. Finally, wherever possible, we want to use Monte Carlo statistical methods and try to utilize optimization tools only in settings when only limited computational facilities are available. As an additional focus area we concentrate on designing scalable methods for time critical applications, such as necessary in medical imaging, by combining techniques from data science with knowledge driven mathematical modelling.

The Mathematics Research Group carries out active research in the themes of fractal geometry, dynamical systems, geometric measure theory, geometric analysis, and harmonic analysis. The group continues the strong tradition of Finnish mathematical analysis. The research concerns both deterministic and probabilistic models and in these areas, the group is well recognized internationally.

The group’s research is tied to the strategic focus areas of the University of Oulu by studying dynamics in random and complex systems. Our members are intrinsically linked to the broader Finnish mathematical community in Analysis and are also involved in many international research coalitions. The group is supported by, among others, the Academy of Finland, the University of Oulu Graduate School and various Finnish foundations.

Fractals are objects in which fine patterns occur repeatedly at different scales. Such sets arise in a plethora of ways as attractors of self-similar, self-affine, or self-conformal iterated function systems. They may also come from non-linear and non-conformal dynamical systems and random constructions exhibiting some form of stochastic self-similarity. Fractal features are met everywhere, not only in mathematics, but also throughout science, technology and nature.

Due to their intrinsic structure, often reflected by their fractional dimension or a quantitative form of unrectifiability, the methods of classical Mathematical Analysis are inadequate for studying fractal sets and measures. In the last decades, numerous new methods in fractal geometry have been introduced in interaction with other fields. These developments have influenced greatly the development of modern mathematics.

A dynamical system describes the time evolution of points under certain transformations in a phase space. Of fundamental importance to a dynamical system are its invariant sets or invariant measures, which describe the asymptotic properties of its trajectories. The connections between dynamical systems and fractal geometry are diverse and intrinsic. Many invariant sets or invariant measures of a dynamical system have a complicated irregular structure that is far from being smooth and may appear random. In such situations, the notions of fractal dimensions usually serve as an efficient tool to extract important properties of the geometric complexity. In many cases, it is possible to relate these notions to other fundamental dynamically defined quantities such as entropy, Lyapunov exponent and pressure. In these contexts, important tools from ergodic theory or thermodynamical formalism are of utmost importance to help understand the complicated fractal structure of the objects under consideration. Recent study has focused on self-affine systems and other situations where the underlying dynamics is sub-additive, as well as non-linear variants.

Geometric measure Theory can be described as a field of mathematics where geometric problems are studied via measure-theoretic techniques. Various notions of dimension as well as quantitative notions of rectifiability and unrectifiability are among its central concepts. A classical problem is to investigate how the characteristics of a fractal set or measure change under a given family of transformations. The famous projections theorems of Marstrand-Mattila and Besicovitch-Federer are prominent examples and cornerstones of the theory, reflecting the behaviour of measure, dimension, and the role of unrectifiability, under orthogonal projections. The investigation of self-similar and other invariant sets as well as random fractals sets and their behaviour under linear and nonlinear projections is at an active stage.

Quasiconformal maps are a generalisation of bi-Lipschitz maps that infinitesimally map circles to ellipses. They arise naturally in complex dynamics, geometric group theory and complex analysis. In the past three decades a study of analysis on metric spaces has emerged, where quasiconformal mappings between two metric spaces are considered. Of particular interest are the connections between deterministic "fractal" spaces and random spaces arising in mathematical physics. A great deal of work in this theme focuses on invariants of these maps, such as conformal dimension and weak tangents, as well as the tools that are needed to compute or estimate such invariants.

There is a strong interaction between fractal geometry, geometric measure theory, and the geometric aspects of harmonic analysis. For instance, the behaviour of singular integrals is closely tied to the geometry of the underlying sets and measures. Moreover, the decay and convergence properties of the Fourier transform play a significant role in the investigation of fractal measures and their supports.

In abstract harmonic analysis, basic objects of interest are functions and measures defined on groups and phenomena associated with these as well as Banach algebras of functions and measures. Fourier analysis on locally compact Abelian groups forms a beautiful theory, which has been extended to several directions. The research covers also objects associated to semigroups and quantum groups combining Fourier analysis with group theory, gunctional analysis, Banach algebras, and operator algebras.

Our research group is a vibrant centre for Analysis internationally. We have been successful in procuring funding and welcome new visitors and students. We offer a broad range of expertise, mentoring and training at all levels from Master’s to Doctoral studies and beyond.

If you are a prospective doctoral researcher, the best option is contacting one of the members in our group who best fits your research interest. We are happy to help you identify research directions and to formulate a research plan. The University of Oulu Graduate School (https://www.oulu.fi/uniogs/) provides more information on the doctoral education at the University.

If you have already graduated, we invite you to consider post-doctoral research in our group.  Several foundations and agencies offer competitive funding for post-doctoral research positions, and our group may have open positions. Feel free to contact us, and we will assist you in preparing such an application and help you identify sources of potential funding. Most notably, we can endorse and help prepare your Marie Curie Fellowship, Academy of Finland grant or Finnish foundation applications.

Centers of excellence in research

The Centre of Excellence (CoE) in Analysis and Dynamics Research

Centre of Excellence of Inverse Modelling and Imaging 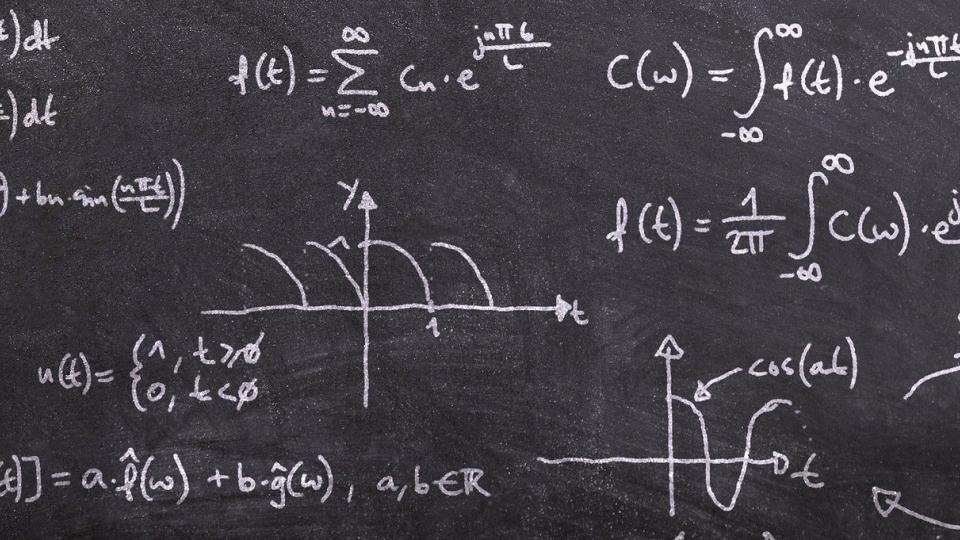 Our unit is located on the west side of the Linnanmaa campus (see Campus map) between stairs G4 and J4 on the 3rd floor.

The best way to reach our staff is by email; addresses are in the format firstname.lastname@oulu.fi.