Thule Institute supports Arctic research and multidisciplinary collaboration of all the focus areas of the University of Oulu. 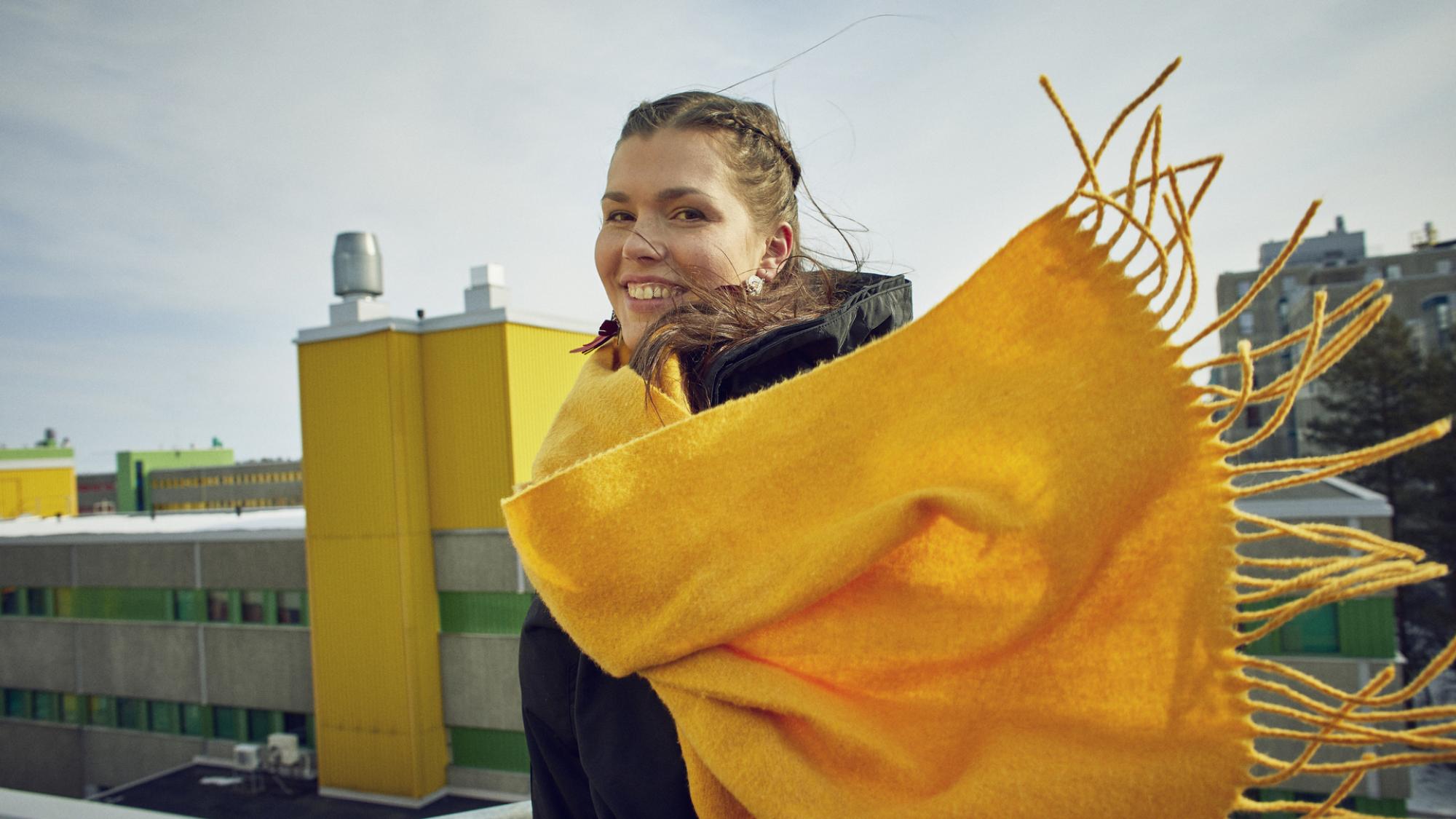 UArctic Thematic Networks and Research Liaison Office is hosted by the Thule Institute, which strengthens the Arctic activities and profile, by offering connections to important national and international bodies, networks and projects.

Thule Institute is coordinating the University of Oulu’s participation in the Arctic Five collaboration and the Arctic Researchers’ Network.

University of the Arctic (UArctic) 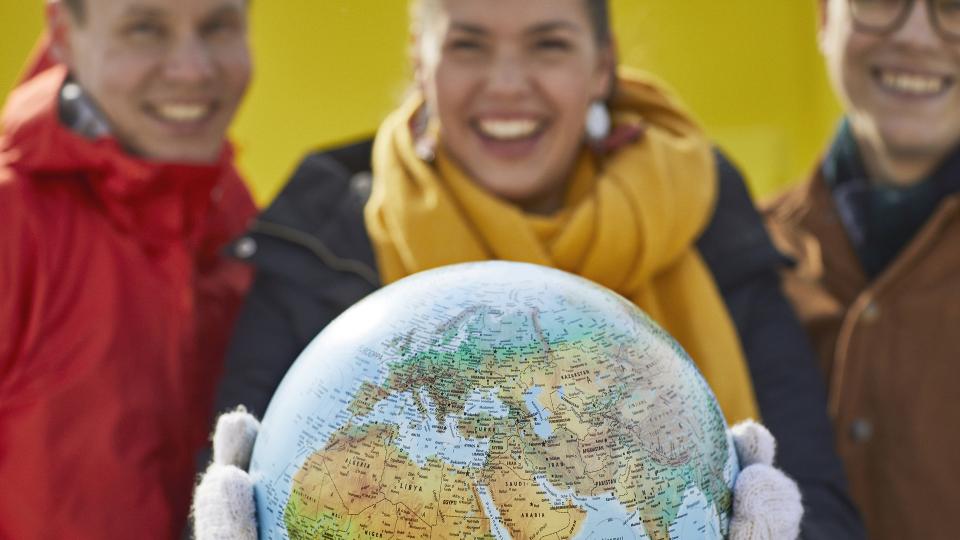 Preparation for the University of Oulu's Arctic Strategy

The Thule Institute is a Finnish partner in the EU-PolarNet 2 project and is leading the WP2 - Stakeholder Involvement.  EU-PolarNet 2 is the world’s largest consortium of polar research expertise and infrastructures, composed by 25 partners representing all European Member States and Associated Countries which have well-established Polar Programmes.

The ambition of EU-PolarNet 2 is to establish a sustainable and inclusive platform to co-develop and advance European Polar research actions and to give evidence-based advice to policymaking processes. This platform will allow to further develop the coordination of Polar research actions in Europe and with overseas partners. By involving all relevant stake- and rightholders it will support the development of transdisciplinary and transnational Polar research actions of high societal relevance. To ensure that such an important platform is sustained after the end of EU-PolarNet 2, the project will work towards creating a permanent European Polar Coordination Office.

Kirsi Latola is the leader of the WP2 - Stakeholder Involvement.

For more information about the work package 2 and its tasks see the EU-Polarnet 2 website.

Thule Institute is a partner in INTERACT -The International Network for Terrestrial Research and Monitoring in the Arctic.

Thule Institute manages the largest work package “Giving Access to the Arctic” (WP3) in the EU-H2020 funded consortium. The work package focuses on coordination and provision of Transnational Access. Transnational Access (TA) means free access for scientists to conduct their studies at the research stations, including travel and logistic costs as well as facilities and accommodations at the station. TA is offered to 53 research stations for altogether 5827 person-days during the four-year funding period from 2020 to 2023.

Transnational Access also includes two other modalities of access. Remote Access (RA) is a form of Transnational Access, where the scientists do not physically visit the station, but instead the station staff collects the samples for the scientists according to their research plan. Thirty-three (33) stations are offering 668 person-days of RA. There is a call for both TA and RA projects annually in the INTERACCESS on-line application system. The TA/RA call is competitive, and the applications undergo scientific evaluation by international INTERACT TA Selection Board.

The third form of access is called Virtual Access, meaning free and open access to station's monitoring and observation data. Virtual Access is offered by 29 stations, and can be accessed through the INTERACT Virtual Access data portal that is freely available on-line.

The coordination and management of TA takes place at Thule Institute. The TA coordination office, consisting of two persons, arranges the annual TA/RA calls and related scientific evaluations, takes care of communication with the applicants, selected TA projects and the stations, prepares various reports and deliverables, and arranges multiple events and meetings within the TA User Community.

Northern Dimension (ND) is a joint policy of four equal partners: the European Union (EU), Russian Federation, Norway and Iceland. It was initiated in 1999 and renewed in 2006. The EU member states also take part in the cooperation in their national capacities. The USA and Canada hold observer status in the ND. Northern Dimension Institute (NDI), led by the Aalto University, is an academic partner in the Northern Dimension (ND) structures. The NDI prepares Northern Dimension-related studies and reports, and coordinates the collection of funding for research projects.

The NDI Think Tank Action is designed to enhance genuine regional cooperation in the Northern Dimension area through science diplomacy, capacity building and people-to-people contacts. Action partnership includes universities and research organizations with references in high-quality expertise and research projects related to environment, climate change impact in the Arctic, emerging transport and logistics routes between Europe and Asia, energy efficiency, health and wellbeing and culture in the ND area. Research teams in close dialogue and co-creation with decision-makers will produce policy briefs, analysis and reports on the pressing challenges and their potential solutions. NDI will provide a neutral platform for research collaboration, co-creation workshops and the annual ND Future Forums which enables open discussions, people-to-people contacts and dissemination of the research-based solutions with ND decision-makers for the future challenges in the ND area.

Indigenous and non-indigenous residents of the Nordic-Russian region: Best practices for equity in healthy ageing (NORRUS-AGE)

The project researchers created a Nordic-Russian regional multidisciplinary network in gerontology and ageing, that will exchange best policies and practices on healthy ageing in their local territories, paying attention to the situation of Indigenous and non-Indigenous people. The countries vary hugely in the level of support of older people in remote and rural areas, but both need even more effort to put in organizing safe space for old age. The group is particularly interested to investigate the cases that are in compliance with the activities on healthy ageing recommended by the WHO Decade of Healthy Ageing 2020-30. Two online meetings in November and January made a solid basis for data collection and division of group tasks.

The project supports the actions within the on-going Unit projects of Northern Dimension Institute Think Tank Action and UArctic Thematic Network on Health and well-being in the Arctic, as well as collaborating with another NCM funded project on Aging, gender and ethnicity (AGE-Arctic) coordinated by University of Lapland (Finland), complementing the thematic area of healthy ageing. The project is coordinated by Dr. Anastasia Emelyanova.

Thule Institute cooperates and works with national and international research and higher education institutes, networks and organisations and in the Arctic Council working groups.

Thule Institute is an active partner in several Polar and Arctic networks. The most important ones are:

The Arctic Council is the leading intergovernmental forum promoting cooperation, coordination and interaction among the eight Arctic States, six Arctic indigenous communities in six working groups on specific issues of sustainable development and environmental protection in the Arctic. Finland has chaired the Arctic Council twice, most recently from 2017-2019. Iceland holds the Chairmanship from May 2019 to May 2021.

Members of the Arctic Council are: Canada, the Kingdom of Denmark, Finland, Iceland, Norway, the Russian Federation, Sweden and the United States. In addition, six organizations representing Arctic Indigenous peoples have status as Permanent Participants. The category of Permanent Participant was created to provide for active participation and full consultation with the Arctic Indigenous peoples within the Council. The work of the Council is primarily carried out in the six Working Groups. Vice-president Research Arja Rautio is the Finnish nominated member of two health groups (AHHEG, HHAG) under Sustainable Development Working Group and Arctic Monitoring and Assessment Working Group.

The Arctic Monitoring and Assessment Programme (AMAP) monitors the Arctic environment, ecosystems and human populations, and provides scientific advice to support governments as they tackle pollution and the adverse effects of climate change. AMAP's work is directed by the Ministers of the Arctic Council and their Senior Arctic Officials, who have requested AMAP also support the international processes that work to reduce global threats from contaminants and climate change. This includes the UN Framework Convention on Climate Change, the UNEP's Stockholm Convention on Persistent Organic Pollutants and Minimata Convention on mercury, and the United Nation's Economic Commission for Europe (UN ECE) Convention on Long-range Transboundary Air Pollution.

The Sustainable Development Working Group (SDWG) works to advance sustainable development in the Arctic and to improve the conditions of Arctic communities as a whole. The Terms of Reference for the SDWG were formally adopted at the Arctic Council Ministers’ Meeting in Iqaluit, Nunavut, Canada in September 1998. The goal of the Sustainable Development program of the Arctic Council is to propose and adopt steps to be taken by the Arctic States to advance sustainable development in the Arctic.  This includes pursuing opportunities to protect and enhance the environment and the economies, culture and health of indigenous peoples and Arctic communities. The guiding tenet running throughout the work of the SDWG is to pursue initiatives that provide practical knowledge and contribute to building the capacity of indigenous peoples and Arctic communities to respond to the challenges and benefits from the opportunities in the Arctic region.

Research coordinator Kirsi Latola is currently acting as the chair of the EPB.

The most significant institutions conducting Arctic or Antarctic research in Finland are represented in the national committee. The activities of the Finnish National Committee of Arctic and Antarctic Research is coordinated and supported by the Council of Finnish Academies. The Council allocates national committees from various disciplines with state subsidies from the Ministry of Education and Culture.

The Founding Articles committed IASC to pursue a mission of encouraging and facilitating cooperation in all aspects of Arctic research, in all countries engaged in Arctic research and in all areas of the Arctic region. Overall, IASC promotes and supports leading interdisciplinary research in order to foster a greater scientific understanding of the Arctic region and its role in the Earth system. There are six working groups, for which every member country can nominate two representatives. Currently from the University of Oulu there is Docent Mervi Heikkinen in the Social and Human Working Group and  Professor Kalevi Mursula in the Atmosphere Working Group.

The International Union for Circumpolar Health (IUCH) is an international non-governmental organization with members, adhering bodies and affiliates throughout the circumpolar regions. It has been active since 1967. There has been a long-standing need for the exchange of medical knowledge, as well as the results of recent research and demonstrated solutions to problems for the benefit of humankind. It arranges every third year an international congress, the 18th congress will be held in St Petersburg at 2021. Arctic communities, with the general and specific medical and health problems found in this region, obviously share this need with the rest of the world. The health problems and needs of northern peoples have become the focus of the organization. It is the only organization of its kind, dedicated to the health problems of the circumpolar regions — the International Union for Circumpolar Health.  IUCH is an observer of the Arctic Council. The Thule Institute is a member of the IUCH Board.

In order to support its members and affiliates, and the scientific and indigenous communities at large, the IUCH has clearly established working groups that concentrate on specific health problems of importance to circumpolar populations, in addition it maintains several publications and supports international efforts in Telemedicine and Health Informatics.

Partnering in national and international networks and organisations

Events and workshops for staff and students will take place at the ArcticCube and the Tellus. Outside of pre-set events, ArcticCube is in free use for quiet work and meetings, and also various kinds of information and promotion materials about current arctic issues are available for those who visit the ArcticCube.